You are here: Home  |  Justice | News   |   2 suspects in the killing of Nimule Chief appear in court Tuesday 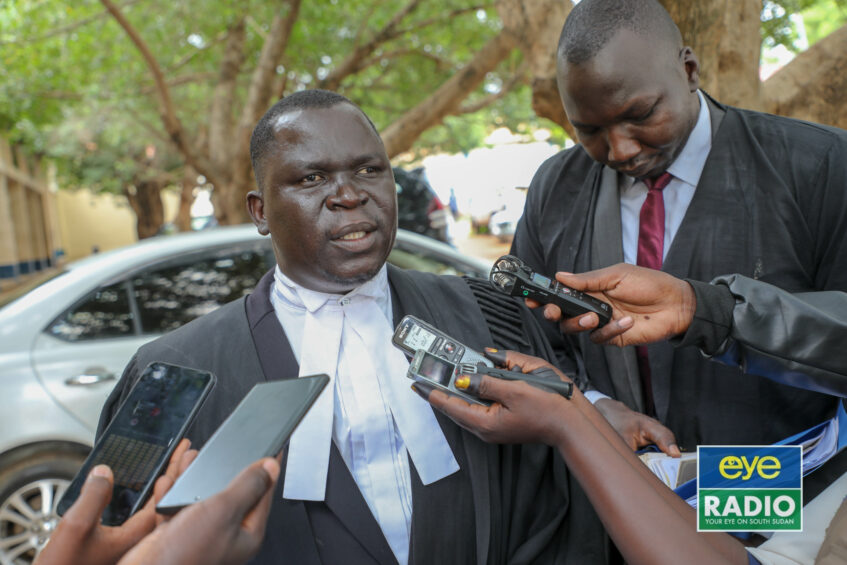 Two men accused of killing a chief in Nimule town appeared in court on Tuesday, a lawyer has said.

Advocate Godfrey Victor Bulla who is a lawyer representing the family of a chief killed last month in Nimule said a mobile court held a fourth session of the case Tuesday morning.

He described the process as satisfactory and an ongoing court hearing into the case.

The late chief Ebele John was allegedly shot dead while attending a fund-raising meeting for the burial of two people who were killed in Mugali Payam two days before.

Two others were wounded.

Currently, two unnamed suspects are on trial for the killing.

Speaking to Eye Radio, Advocate Godfrey who is also the Executive Director for Justice and Human Rights Observatory said the court proceeding is moving on well.

“As of now the case is moving well at good speech, and there is no challenge we have seen as a physical challenge from our side,” said Godfrey.

“Both parties appeared in court in a very conducive environment. The court is also well secured by the security personnel and also parties are all represented by advocates,

Advocate Bulla also urged the communities in the area to stay calm and give the court of law a chance to determine the case.

“Let people allow the court of justice to take its course, the other thing is that it’s all our collective responsibility as the citizens of this country to help the government to fight crimes,” said Godfrey.

“The criminal responsibility is the individual responsivity, so each person will be responsible for his action that he or she has committed,

“Let us not attach things to other things but what I want to say is that let people be calm, and allow the court to do its work peacefully.”

Facebook twitter
Previous Post
S. Sudan diplomat accused of rape in US released over diplomatic immunity
Next Post
“Resign or be removed by Presidential decree,” MPs tell Monytuil after vote of no confidence
Popular Stories