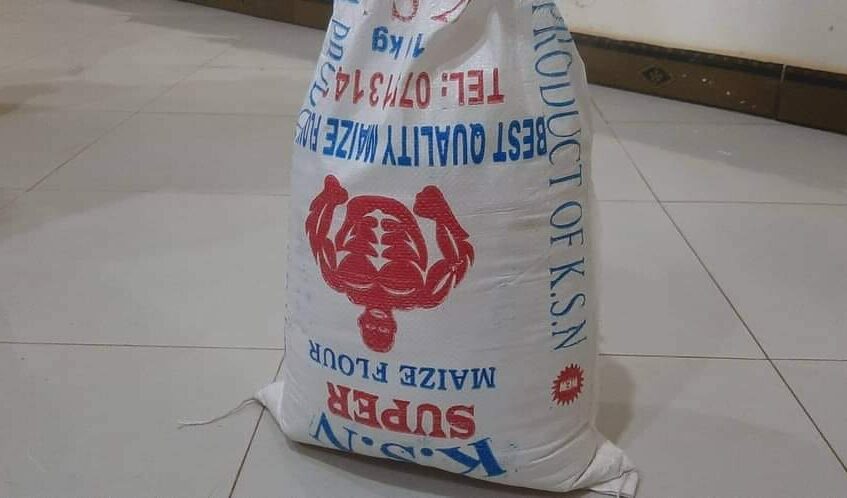 Authorities in Yei River County of Central Equatoria State have filed a court case against 20 traders accused of selling contaminated maize flour in the area.

The Commissioner of Yei, Aggrey Cyrus said the government took legal action against the traders, following last week’s incident in which substandard maize was discovered on sale.

The local authorities launched a search of the market after residents complained of diarrhea after consuming the maize products.

The maize sacks were then removed from several shops.

Commissioner Cyrus said the residents reported finding strange materials like pieces of mattress and a bitter taste from the maize flour, allegedly produced by a Ugandan manufacturer.

“We were alerted before Independence Day that there was some (maize) flour in the market that is bitter and suspected to be expired. There was also a funeral place that reported that the food which was being prepared was forming some foam and the mingling became a problem,” he said.

The traders are accused of supplying and selling unsafe food commodities.

According to Commissioner Cyrus, some people who ate from the maize meal were infected with a strange diarrhea that lasted for many days.

“Again, last Friday we got a woman who came and reported to us that she bought a bag of maize flour containing a sponge or pieces of mattress which I think might have been from the factory or the manufacturer.”

The head of the National Bureau of Standards has warned on several occasions that the country continues to be a dumping ground for counterfeit goods.

She appealed to the public to check the expiry date of goods, and urged Ugandan authorities to work collectively with traders to curb import of counterfeits.