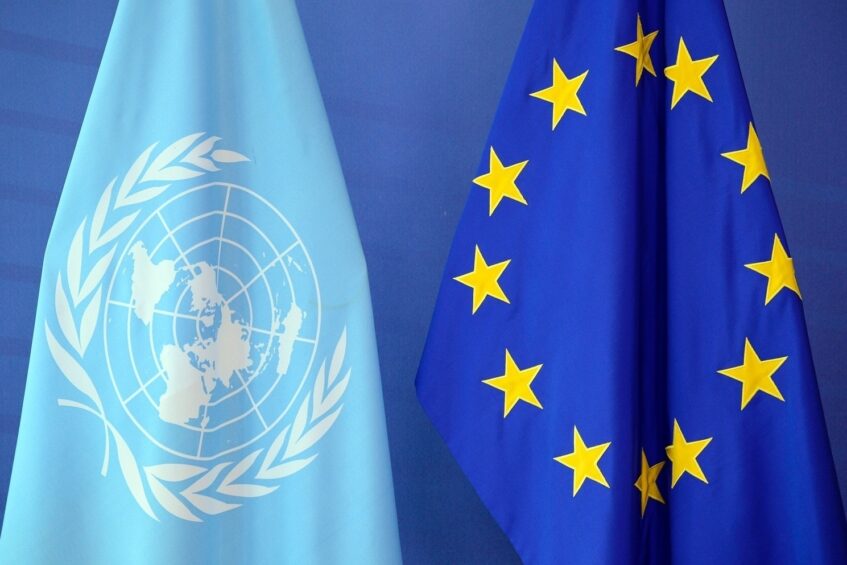 Several UN agencies and the EU have jointly launched a three-year project worth $26m to promote basic services in areas affected by displacement in South Sudan.

Several UN agencies and the EU have jointly launched a three-year project worth 26 million US dollars to promote basic services in areas affected by displacement in South Sudan.

The program will provide an integrated package of education, child protection, and nutrition interventions, including a child feeding program to support learning in schools.

The project will be implemented by the International Organization for Migration, World Food Program, and the United Nations Children’s Fund.

More than 120,000 people in the unspecified areas impacted by conflict are expected to benefit from the project.

Leonte spoke during the project launch at the IOM premises in Juba today.

“South Sudanese people despite their resilience and strength have gone through long periods of hardship, and conflict and that causes a lot of troubles in many people and communities,” said Leonte.

“We do hope that this program will provide a response to these challenges that they are facing, and we empower them, women, men, boys and girls to build that resilience and more sustainable future for themselves.”

Approximately 2.8 million children are out of school in the country-something experts say is impacting their psychological distress and vulnerability to violence, abuse, neglect, and exploitation.