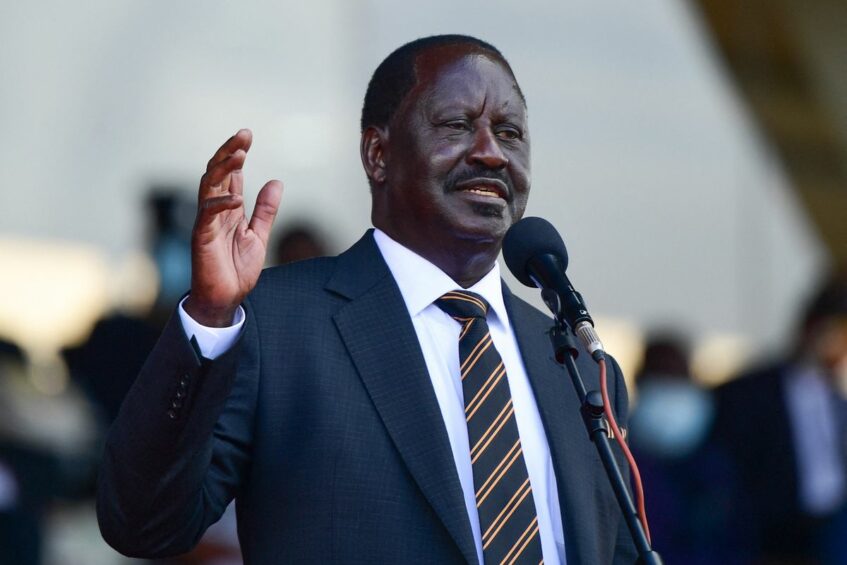 Kenya’s former Prime Minister, Raila Odinga criticized the Supreme Court verdict that ruled in favor of his opponent as unfair and a mess, in first public speech since the ruling.

The Azimio La Umoja One Kenya leader said “shame on the judiciary of this country” after the Supreme Court upheld the presidential election results proclaiming William Ruto winner of last month’s poll.

Odinga, lashed out at the verdict and accused the Judiciary and the country’s electoral body Independent Electoral and Boundary Commission of participating in a scheme to destroy the country’s democracy.

Odinga, who spoke during a luncheon after the inauguration of Mombasa Governor Abdulswamad Nassir, said the Judiciary and IEBC are in crisis of confidence and in dire need of fixing.

“If they (judiciary) have become rogue, we have power as the people of this country to reform them and send them home. We can lead a one million match to the judiciary and they will have no choice but to go home,” he said to supporters.

Nation newspaper reported that Odinga said he went to Zanzibar with his family to heal after the shock delivered by the apex court judgment.

“This judicial thuggery must end. We will not be cowed. Nyayo tried it and we resisted and the courts cannot allow another dictator in the country,” he said.

Speaking at the Sarova Whitesands hotel in Mombasa where he had joined the top Azimio leaders for lunch, he urged Governor Nassir of Mombasa to work for the people.