You are here: Home  |  News | Peace   |   NTC yet to schedule next graduation of forces

NTC yet to schedule next graduation of forces 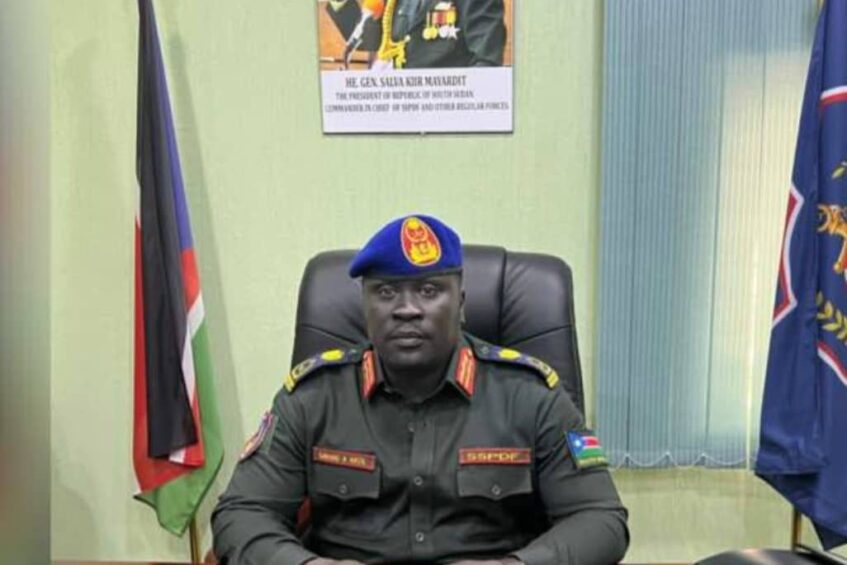 The National Transitional Committee has not yet decided on exact date for the graduation of the second batch of unified forces in Northern and Western Bahr el Ghazal states, says senior military official.

Lieutenant General Akol Ayii, Co-Chair of the Joint Defense Board refuted announcement made by two military officers, that the next graduation was scheduled to take place on Wednesday next week in Wau town.

General Ayii who is also the Chairperson of the High Committee for Bahr el Ghazal Unified Forces says no date has been set yet.

“We cannot decide on the date of the graduation because NTC is the one in charge of that,” said General Ayii.

On Tuesday, SSPDF Division Five Commander, Major General Michael Majur Aleer said in a press conference in Wau, that the graduation of the trained in the area will take place on the 21st of this month.

He further said they were arranging logistical means to transport the forces from the training camps to Wau town, and directed trainees who left their camps to report to the military base in Wau for graduation rehearsal.

His colleague Major General Abraham Gum also confirmed the graduation date and assured his readiness to accommodate all the forces at the Wau military base before their graduation.

However, in an interview with Eye Radio at Bilpham, the military headquarters in Juba, General Ayii dismissed the information and clarified that the graduation date for 11,000 soldiers in Western Bahr el Ghazal and Northern Bahr El Ghazal is uncertain.

“The graduation must be according to the timetable and it cannot be in one time but alternately. It will go beyond this month and it may be within next week, and is not dating 21 or 22 but will be announced later.”

The unity government held the first graduation ceremony for the Necessary Unified Forces on 30 August.

On the other hand, about 3,575 personnel would take charge of the National Wildlife Service; 3,289 to be deployed to the National Civil Defense Service.

General Ayii told Eye Radio on Thursday that peace soldiers are assembled together in Wau, and that the army command is working on arrangements to start the graduation soon.

“The arrangements went all well because all the graduates have arrived in Wau since yesterday from different training centers Masna Biira, Mapel and Pantit , now they are together and are working on the arrangements of the graduation.”