You are here: Home  |  News   |   US identifies those it will sanction

US identifies those it will sanction 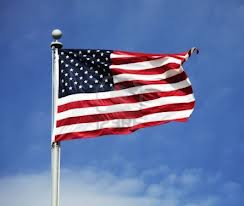 The process of identifying individual South Sudanese leaders who will be sanctioned is ongoing, a U.S official has said.

U.S President Barrack Obama has authorized the State Department and the Department of Treasury to proceed with sanctions.

The sanctions would affect travel and financial transactions of leaders in the government and the SPLM-in Opposition who are said to be derailing the peace process.

The Chargé d’ Affaires at the U.S. Embassy in Juba, Larry Andre, said the process is of identifying the individual leaders has begun.

“We think that there are spoilers on both sides who see that their personal interests are best served by prolonging the war,” said Mr Andre.

“At this point, there have been no names and as the names come out, it will be after a very thorough process looking at the behaviors of certain persons from either sides or the criteria that are stipulated in the executive order.

Mr. Andre said the U.S is cutting down on its military cooperation with the SPLA until solutions to the conflict are found.

“We have greatly reduced our military cooperation, what we were doing in support of the South Sudan armed forces the SPLA…we’re suspending a lot of our programs until certain questions get answered and some of our concerns addressed.”

Larry Andre said the American government is still supporting the operations against the leader of the Lord’s Resistance Army in Western Equatoria state.