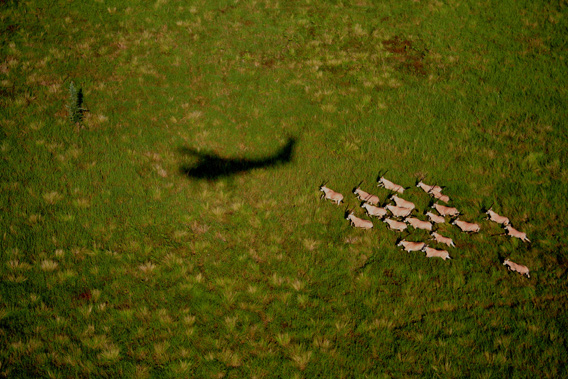 Wildlife migration in South Sudan didn’t take place this year due to flooding, the minister of wildlife has said.

Studies suggest that the population of wildlife in the country is regarded as the second largest in the world with an important migratory route crossing through the parks.

South Sudan is the second after Kenya with the largest wildlife migration in the world.

Its also a home to many endangered species and dry weather species of both flora and fauna.

The country is known to be a home for elephants, a great number of cheetahs, ostrich, Nile crocodile, pangolins, among others.

Minister Rizik Zachariah says the migration of wild animals due to flood and human activity is a concern.

“Most of the wildlife protected sites are within the lowland because the animal species and birds are usually accommodated in the wetland and lowland and even their migration, they are going through the lowland to where they can fetch water,” the minister said.

“With this flood, they [wildlife] have been displaced and our migration, which is the second migration worldwide this year has never moved smoothly as it is.”

The minister blamed the current situation on climate change.

“Actually it is a great loss but we understand the situation and the whole flood came about as a result of climate change. It is not only South Sudan but in the whole world.”

In 2017, the Ministry of Wildlife, Conservation and Tourism admitted that wild animals do migrate to the neighboring countries but do not come back to South Sudan.

This according to the Conservationists was depleted because cattle raiders and troops on the move rely on poaching.

Previously, the government said at least seventy-five elephants have been killed in South Sudan between the year 2012 and 2014.

The tourism industry in East Africa is a major driver of employment, investment and foreign exchange.