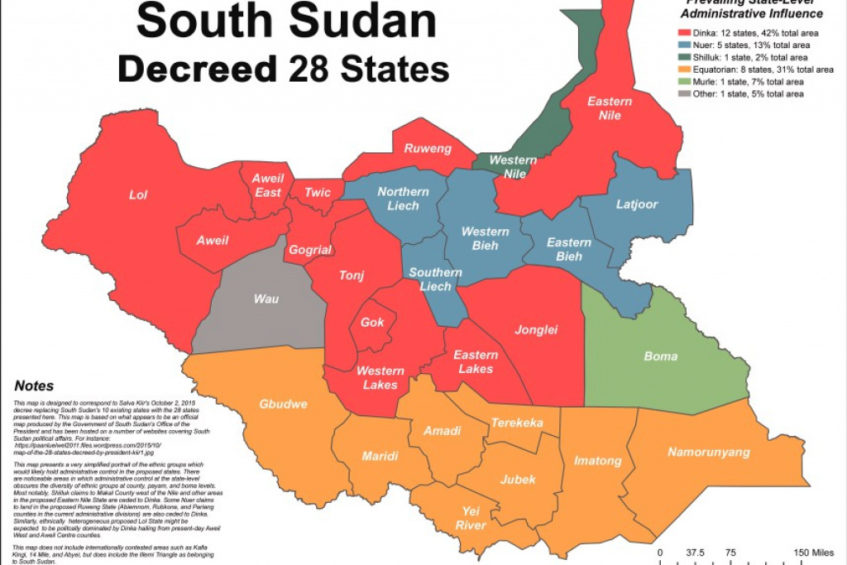 The Minister of Federal Affairs has revealed that some individuals have launched negative campaigns against the adoption of a federal system of governance in the country.

Federalism has been recognized as a popular South Sudanese demand in the 2018  peace process.

Despite this, there is lack of clarity regarding the meaning and implications of a federal arrangement.

The national dialogue conference has also endorsed a federal system of governance with a return to more than 32 states.

The delegates adopted a federal structure of governance consisting of federal and state levels of government.

It resolved that state governments shall have administrative and political autonomy from the federal government.

However, Minister Lasuba Wango told the participants at the ongoing 5th Governors’ Forum that some individuals are campaigning against the move toward a federal system.

“It is very bad that some individuals have taken upon themselves to promote this negative association with the word “Kokora” with chasing away,” the minister said at the 5th governors’ forum in Juba.

“It was politically misused to mean chasing away people which is not the case this is not federalism.

He explained that Federalism doesn’t prevent anyone from living in any part of the county.

“Federalism does not mean chasing away people. Federalism means you will have your state [where] every South Sudanese will be free to live anywhere.”

Minister Wango assured the delegates that South Sudan is heading to adopt the Federal system of governance.

“South Sudan is going to adopt the Federal system and we are actually moving there. We are going to ensure there is a smooth transition.”

Lasuba points out that once the constitution is promulgated and signed into law, the leaders who will be in that structure now will implement it.

Last year, the national dialogue conference endorsed a federal system of governance consisting of federal and state levels of government.