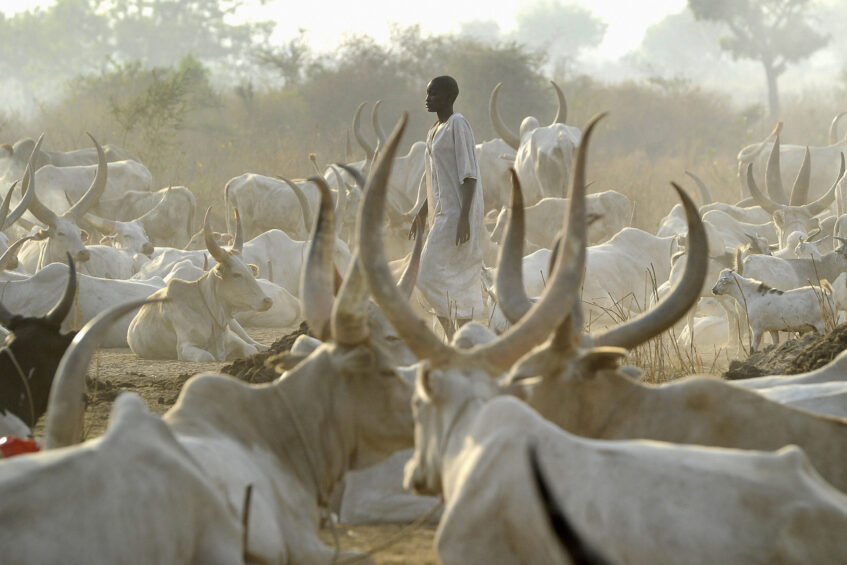 Cattle are a source of prestige and wealth in South Sudan and are seen by some officials as a cause of insecurity.

Two people shot selves to death on Friday over a dowry-related issue in Tonj South County, of Warrap State, the information minister has confirmed.

The victims are 37-year-old Magar Makuach, the husband of a bride whose dowry had not been fully paid, and 39-year-old John Ater, a policeman tasked by the local court to collect the dowry.

The incident – which occurred at Manyangngok Payam in Tonj South County is believed to have been triggered by the delay of a case by the court.

Last week, the court pronounced the final verdict in favor of the bride’s parents and ordered the community police personnel to collect five cows.

“This incident happened over a dowry case issue, whereby a payment of five cows was issued by a local court established in Cuei-Chok,” said the minister.

“And, before the process to hand over and settle the case, the owner of the cows decided to take the law on his hands.”

Minister Wol narrated that Makuach, the girl’s husband opened fire on the community police personnel heading to his home and gravely wounded him.

But the officer returned fire and shot Makuach dead before he succumbed to excessive bleeding.

This is not the first time for dowry-related issues have claimed lives in parts of Tonj.

Last month, five people were reportedly killed and fifteen others wounded in the Eastern part of Tonj.

In 2017, a similar incident occurred between the two sections of Wun-Thuc and Wun-Adel leading to the death of 46 people and the wounding of dozens of others