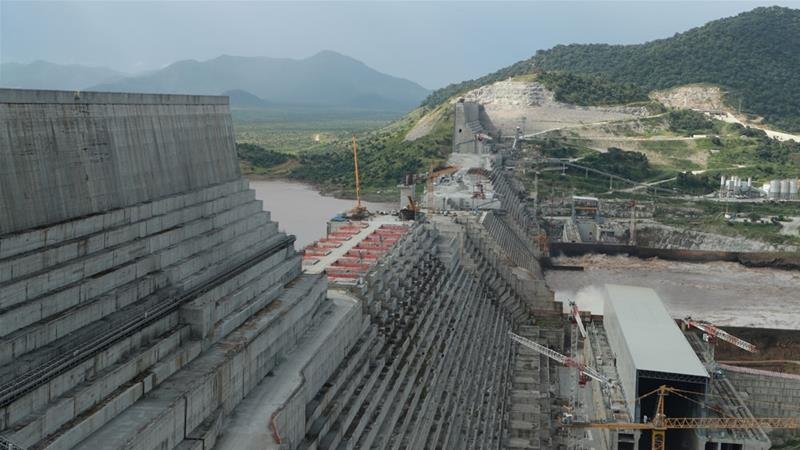 Negotiations between Ethiopia, Sudan and Egypt on the filling of the Great Ethiopian Renaissance Dam (GERD) resumed Sunday virtually.

The meeting is called by the South African Minister of International Relations and Cooperation and the current chair of AU Bureau, according to the Ministry of Water, Irrigation and Energy of Ethiopia.

Ministers responsible for Foreign and Water Affairs of the three countries are participating in the meeting.

Talks are revolving around rules and guidelines for the first filling and annual operation of the dam.

Sudan had withdrawn from the African Union mediated talks a month ago.

Egypt and Sudan have been in talks with Ethiopia for years to reach a legally binding agreement on the filling and operating of the dam.

The 4.8 billion dollars mega-dam on the Blue Nile is near-complete.

Egypt and Sudan have insisted that the three countries sign a binding legal agreement on disputed issues surrounding the dam to safeguard the interests of the three parties.

But Addis Ababa objects to the demands.

Press Release on the Tripartite Meeting on the #GERD that was held today (January 03, 2021).@mfaethiopia #EthiopiaRising pic.twitter.com/hUHMdtuOqz

Egypt that relies on the Nile water for agriculture and domestic use fears the massive hydropower project will significantly cut its crucial water supplies.

However, Ethiopia says the 6,000-megawatt dam is key to its development and hopes to become Africa’s biggest electricity exporter.

Meanwhile, South Sudan, another Nile Basin country—is yet to claim its shares of the Nile waters.

This is despite domestic concerns that any agreement reached by the three countries could have some effects on South Sudan.

In November last year, South Sudan and Egypt agreed to engage in the management of water resourcesorg through the construction of dams to control the devastating floods in areas along the Nile River.

But water experts warned the agreement—between President Salva Kiir and Egyptian President Fattah AL-Sisi will have devastating effects on the ecosystem.