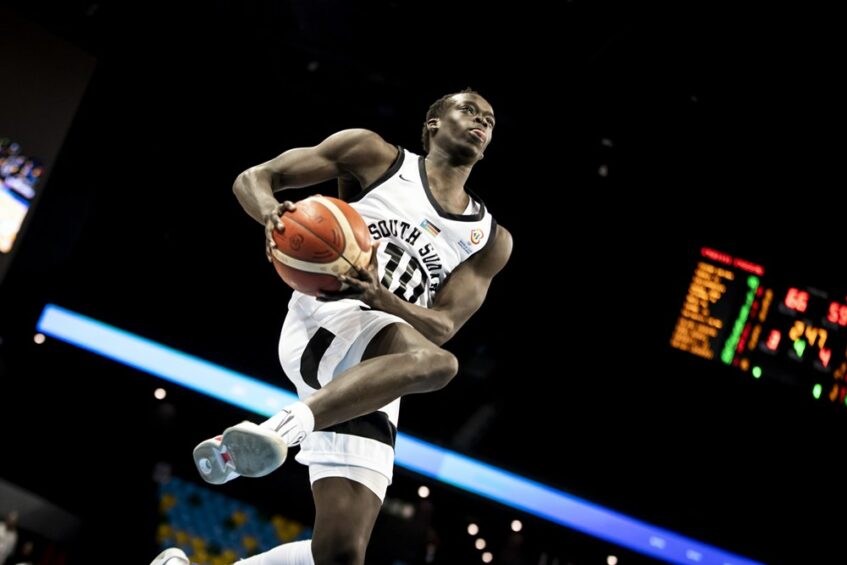 South Sudan Men’s Basketball team is ranked second in Africa, after Cote d’Ivoire in the Window 4 qualifying competition this week.

The latest FIBA ranking put South Sudan in the second position among 11 remaining African teams vying for a world cup place in the Window 4 competition.

The Bright Stars are also top of group F in front of the continents elite teams; Egypt, Tunisia, DR Congo, Senegal and Cameroon.

South Sudan lost only one of their three African Qualifiers games, leaving them with just one win to secure a place in next year’s world cup.

Meanwhile, Cote d’Ivoire topped the list after winning all their African Qualifiers games and becoming the first team on the continent to qualify for next year’s World Cup.

With only three games left, the Elephants have reached the peak of their basketball over the last decade.

The Ivorians are returning to the world cup for the second time cruising over Angola, Nigeria, Guinea, Cape Verde, Uganda, and Central African Republic.

Egypt trail South Sudan in the third position after 24 points defeat to the later. This leave them with a huge test of seeking their world cup place in the upcoming Window 5 competition.

Angola, Senegal, Cape Verde, Tunisia, DR Congo, Nigeria and Cameroon among others, followed in the ranking, while Guinea and Uganda are at the bottom of the list.