You are here: Home  |  Featured | Sports   |   South Sudan basketball team proving to be next African giant

South Sudan basketball team proving to be next African giant 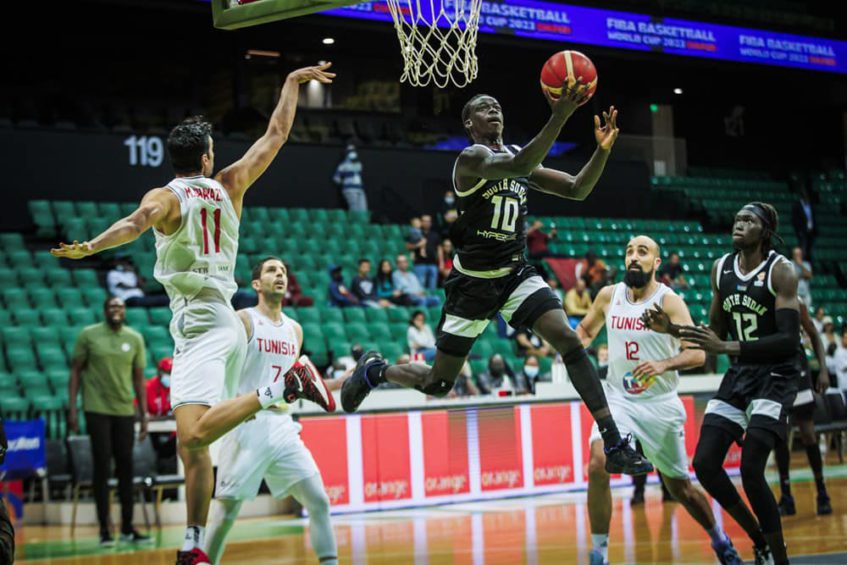 The South Sudan men’s basketball team has yet again made history in the FIBA Basketball World Cup African qualifier after topping Group B in the initial stage of the first round qualification.

The Bright Stars rose to the Summit of African Basketball with a perfect winning record in their opening three games, the pinnacle of which was beating continental defending champions Tunisia, and becoming the first African team to beat the Les Aigles de Carthage since 2018.

They also won against Rwanda and Cameroon.

Having already proved potential by finishing among the top five in the AfroBasket last year, Luol Deng and his boys proved too strong for Rwanda in their opening fixture winning by a 12 point margin in a 68-56 victory

In their second game against Tunisia that was unbeaten in close to four years, Nuni Omot who returned to the national fold after missing out of the Afrobasket with injury was at the top of his game amassing 20 points, and 4 rebounds and the reliable Deng Acuoth contributed 12 points along with 8 rebounds with Mareng Gatkuoth close behind at 12 points and 7 rebounds

They then sealed off a perfect outing in Dakar-Senegal with a hard fought 74-68 victory over Cameroon to become the only team to have won all their games in the February window which included group B and D.

Reacting to this amazing victory, South Sudanese fans took it online to celebrate Luol Deng and his boys in the close to perfect match.

“I’m so proud of my home country, well done lads, thanks for the great job you did.” One of the fans wrote in the comment session.

“You are the only reason I still have hope in this country,” another fan added.

The jubilations seen online was a clear indication of what the boy’s victory meant for a country that is barely two decades since it gained its independence.

Faced with multiple challenges that could be an obstacle to their victory, Luol Deng and the boys have chosen resilience, commitment, sacrifice and love for the nation to be their guiding spirit.

Speaking to the local media after the victory in Dakar Senegal, Luol Deng expressed his commitment to continue making the team better and the federation.

“We won three games but we still have a lot of room out there to improve and get better. This is a good window but we need to come back for the next window still hungry for success” Luol Deng expressed.

The next round of FIBA World Cup- African qualifiers will be between the 1st of July- 3rd July, involving all the four groups.

South Sudan will face the same opponents in July with the top three in the group qualifying to a second round qualification stage.

The 12 teams in the second round will be divided into two groups of six teams each.

Only two teams from each group plus the best third placed team will make the five countries that will represent the continent in the 2023 FIBA basketball world cup that will for the first time be hosted in multiple countries; Philippines, Japan and Indonesia.

As it stands now, South Sudan needs only one win in July to secure a place in the next round of qualifiers.