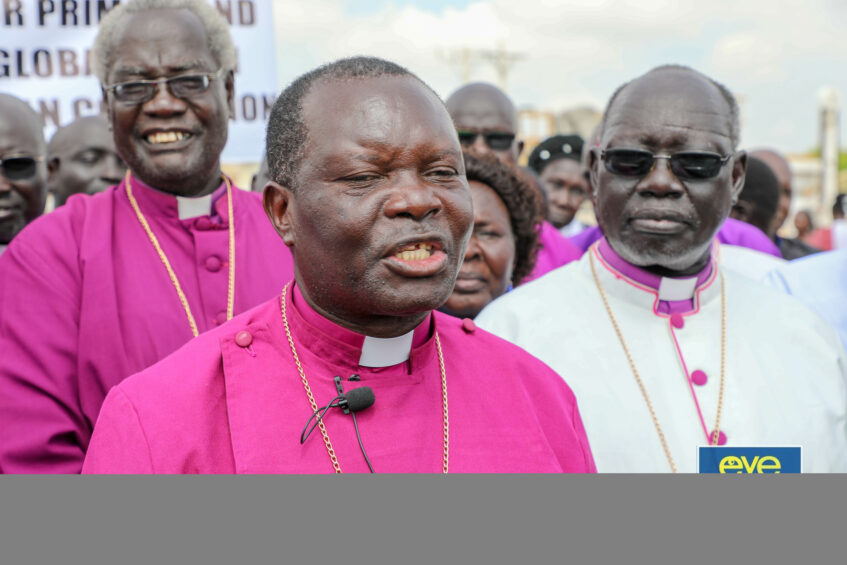 Controversies have emerged among leaders of the Episcopal Church in Renk County of Upper Nile state after the leadership in Juba appoints a caretaker from a neighboring area.

According to the clerics, Archbishop Justin Badi denied confirming Simon Chuang, as a Bishop-elect of Renk Diocese over lack of qualifications.

Chuang was elected by the church congregation.

However, they allege that Archbishop Badi assigned Joseph Garang Atem, the Archbishop of Upper Nile Internal Province as the diocese caretaker.

The protesting pastors say they were surprised to see a heavy deployment of security personnel at the Renk diocese complex on Sunday.

“The incidents that happened on dates 11 and 12 of this month [December], it was a very unfortunate incident, because people talk a lot about this issue of the Bishop of Renk Diocese because the caretaker Bishop of Renk was announcing that he is Bishop-elect,” said Kou Ajak Koul.

“We told him [caretaker Bishop] the headquarters in Juba stopped his coronation as Bishop of Renk Diocese, but on Sunday people were surprised with the presence of heavy security forces around the church.”

“The issues that we have in the church are centered in three points, the issue of the constitution, and how people ignore the constitution in the process of the nomination,” Samuel Yout Nayok said.

“There is an article which is talking about university qualification for the Bishop of the diocese, that it should be a graduate from a recognized university according to the law and this is one of the things that brought this disagreement,” he added.

“If we want to bring people from other areas to this area, what will be the position of the people of this area in the church, this is the question we are asking,” said Pag John Garang.

“The church should be clear on this, ask the legal adviser of the ECS complex and primate of the ECS.”

For his part, the Press Secretary in the office of the Primate says the position of Bishop of Renk Diocese is still vacant.

Gabriel Manyang pointed out that the Primate Badi appointed the Archbishop of Upper Nile Internal Province, Joseph Garang Atem only as the caretaker to the diocese.

Since last year, religious leaders of Renk Episcopal church leaders and the headquarters in Juba, have been exchanging letters concerning the power wrangle.