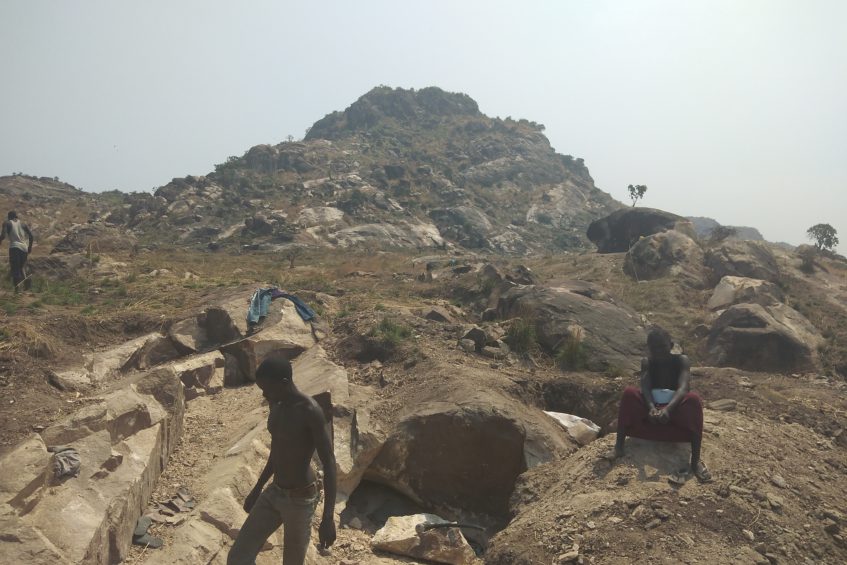 Some residents of Kugi area in Juba say they can no longer fend for their families after a religious leader stopped them from quarrying at Jebel.

They are accusing self-proclaimed Prophet Abraham Chol of banning them from quarrying rock at the Jebel area in Juba.

The residents—mostly women and young men break the rocks into gravels, and sell for construction works.

They earn a living out of their hard labor.

But after quarrying there for years, some of them now say they are unable to continue after Abraham Chol ordered some organized forces to stop them.

Disgruntled, they told Eye Radio they cannot fend for their families and pay school fees.

“We are facing a lot of difficulties in this Jebel area. We used to quarry here and there is a church near the location. The church leader told us not to quarry in this area because it belongs to them,” said a 24-year-old student, John Machik.

“What about us? We are jobless. Some of us have families, for me I am a student and I work here to pay my school fees and we have been prevented from collecting our stones up there.”

Machik said they pay 200 SSP daily to the government, but “we don’t get treatment when we get injured.”

Angelo Machar, another stranded man said he is a government employee but resorted to selling gravels because the government salary is low and comes after many months.

“Now Abraham Chol came with some forces and said we shall not do the stone work here. “We have families. What do you do when you have to feed them?”

For John Deng, selling gravels is the only job he has.

“We as vulnerable people in this country, we do rock quarrying and that is the only job available for us but the church stopped us from doing this. I don’t know how we are going to survive,” Deng wondered.

“Some of our colleagues were on the top of the mountain but they have been forced to stop the work. This the only work we have. Instead of stealing, we are doing this work to feed our families.”

Mr. Deng says the government has to intervene to allow them continue their work. 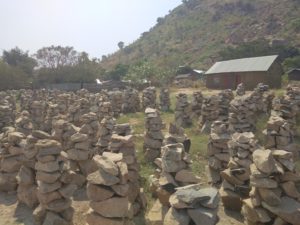 An area chief told Eye Radio that the Jebel area belongs to the local people but not to individuals.

“If he said people shouldn’t quarry rock from the mountain, this mountain belongs to the government and the local people and they are the one are responsible for it,” Aggrey Lado told Eye Radio.

“He (Abraham Chol) cannot stop people from their activities there. If we want to follow the law, we should ask him who demarcated that land.”

Abraham Chol has not responded to the accusations as several of our calls went unanswered.