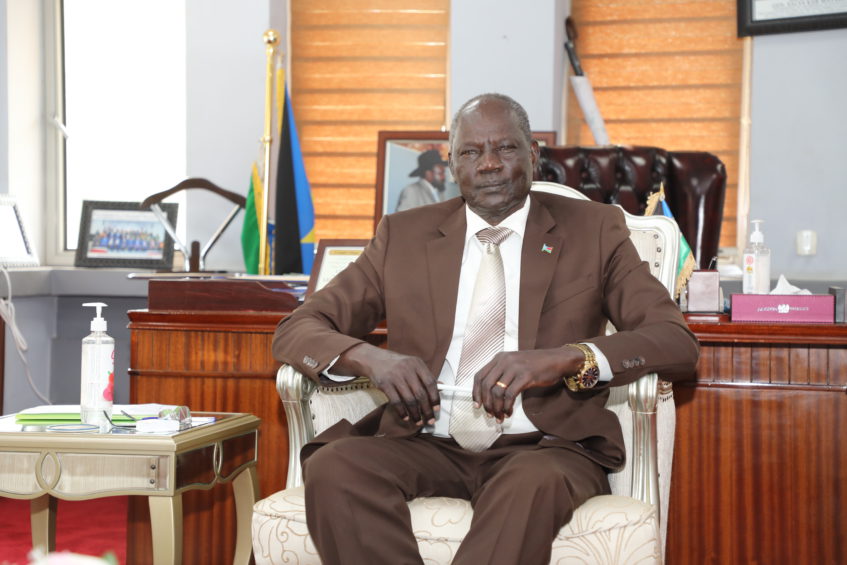 The Council of Ministers has announced a sum of 658 billion in a new salary structure for civil servants and constitutional post holders.

Minister Information Michael Makuei revealed this after the regular Council of Ministers meeting on Friday.
The availed budget was tabled by the Minister of Labor Joseph Bangasi Bakosoro during the regular council of ministers on Friday.

This comes after the government set up a technical committee to work on a new proposed salary structure.

Michael Makuei says the 658 billion, 777 million, 578 thousand and 118 South Sudanese pounds will cover all civil servants from one to grade 18, constitutional post holders, lawmakers, and members of organized forces.

“The new salary structure demanded more even than the current salary which was presented to the cabinet and it was demanding a sum of 658,777,578,118 South Sudanese Pounds, this is a big budget and it requires a lot of resources,” he said.

It’s not clear how much increment will be reflected on the current government employee salaries.

But Makuei said the new pay structure will enable civil servants to cover their demands and that of their families.

However, he is concerned about the raised budget saying, funding it will remain a big challenge.

Minister Makuei stated that the new salary structure has been sent to the economic cluster headed by Vice President Dr. James Wani to make some adjustments before its approval.

It is not clear whether the plan to increase the civil servants’ salaries has to do with the budget increment.
Government employees, especially soldiers, police, and teachers, have for too long complained about their living conditions as some are reportedly unable to eat a meal a day.

A foot soldier received roughly 1,500 pounds or $3 per month.

This could not pay for their food, housing, transport, and others.

According to experts, South Sudan receives millions of dollars in oil and non-oil revenues monthly.

Despite this, Civil servants and other employees on government payroll often go for nearly 7 months without salaries claiming they did not have enough money.

Financial transparency and accountability campaign groups attribute the situation to corrupt practices among the top leaders, whom they accused of stealing from public coffers.