You are here: Home  |  News   |   Museveni slams wetland degraders: “You are not cleverer than God”

Museveni slams wetland degraders: “You are not cleverer than God” 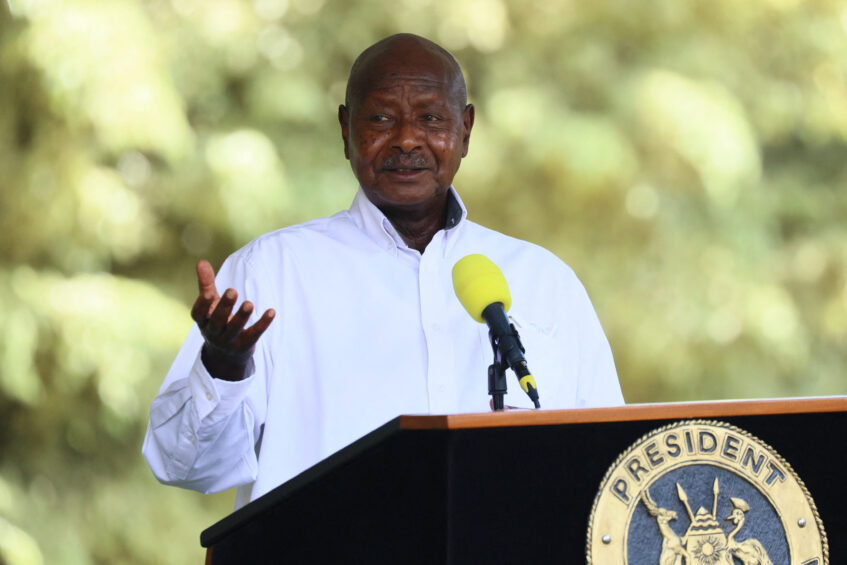 Ugandan President Yoweri Museveni called on the region to preserve rainfall catchment areas such as the wetlands and forests, to avoid adverse climate consequences.

Museveni made the remarks at the end of the Regional Inter-Ministerial Conference on migration, Environment and Climate Change, concluded on Friday in Kampala.

He said the wetlands and forests in the Great Lakes region contribute significant amount of rainfall, and therefore they must be preserved.

Speaking at the conclusion of the conference, the Ugandan Head-of-state said he is at war with those cultivating in the wetlands of his country.

“You cannot be cleverer than God. God is one who said this is wetland, this is lake. Can you imagine people go and cultivate in Lake Victoria as if they are mad,” he said.

“The areas of the West Nile and Karamoja gets 60 inches of rain because of the swamps in South Sudan and Congo. So, if this science is known, how can we kill ourselves or commit suicide by attacking the wetlands,” Museveni added.

The Inter-ministerial conference was facilitated by the International Organization for Immigration.

It brought together delegates from 14 countries in the Horn and East of Africa to strategize efforts to address climate change crisis in the region.

The Conference is geared towards developing an integrated approach to climate change induced mobility across the region.

It is predicted that the outcome of the Conference will contribute to raising the important topic of human mobility in the context of climate change, at the global level for serious consideration, such as at COP 27.

The participants signed a commitment towards mitigating challenges caused by climate change in the region.

In his conclusion remarks, President Salva Kiir Mayardit said the conference came at a moment when the region is experiencing challenges caused by environmental and climate change.

“We are facing varied climate induced disaster such as floods and droughts. These disasters affect our respective countries differently. but, despite their different forms, recent studies have shown that we need to do one thing; adaptation and resilience,” he said.

“South Sudan has submitted its national adaptation plan to the United Nations framework convention on climate change. What is contained in this climate action document can only be realized with the help of climate finance from the developed countries.”

According to his office, President Kiir and regional leaders were expected to discuss and adopt a unified position on the Nile dredging issue.

According to the UN Office for the Coordination of Humanitarian Affairs, South Sudan is facing the aftermath of its worst floods since 1960, with 835,000 people affected by flooding in 2021 alone.

The UNHCR also said record rainfall and overflowing rivers have flooded thousands of hectares of farmland in eight states and prevented people from cultivating.

Nearly 800,000 livestock are thought to have perished, according to the UN Refugee agency.