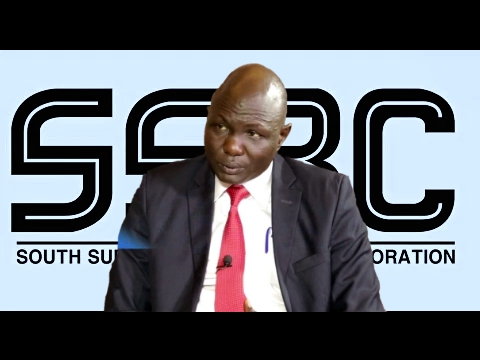 James Magok was suspended by the Information Minister in April, 2020.

James Magok Chilim has been reinstated as the Managing Director of the South Sudan Broadcasting Corperation nearly 9 months after being suspended.

In April last year, the Minister of Information, Michael Makuei dismissed Mr. Magok for “intransigence, disobedience and incompetence ” in the management of the state-run broadcasting corporation.

He, therefore, appointed the Director-General of SSBC, Suzan Alphonse as acting Managing Director.

Mr. Magok was told to stay out of duties without pay until further notice.

Thursday morning, Magok told Eye Radio that he has resumed his official duties.

“I got a letter that my suspension has been lifted, nothing much was said,” he said, adding that “I was told to report to work. I have taken work as a professional…I believe those reasons [for suspension] were investigated.”

The SSBC Television, unlike the radio, has often come under public criticism for its “poor programming.”

It is also blamed for recruiting an incompetent workforce.

This is despite the SSBC enjoys state-of-the-art studios, and a broadcast tower, including a 15 million US dollars upgrade by the Chinese government.