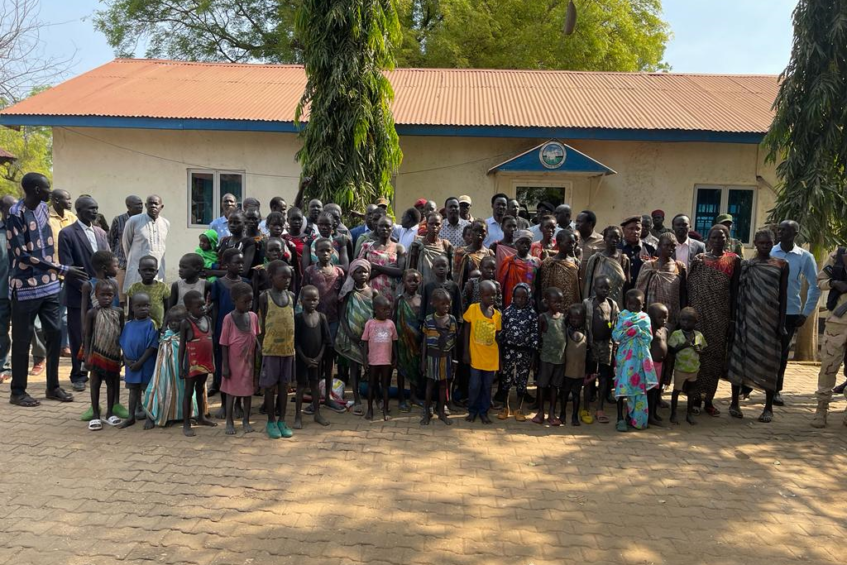 Some of the women and children abducted by Jonglei armed youth from Pibor Administrative Area were returned to Pibor on Wednesday 11th January 2023 - Credit: Jonglei State Government

Authorities in Jonglei on Wednesday airlifted more than sixty abductees including women and children from the state to the greater Pibor area.

These were captives of the Christmas eve inter-communal violence between the neighboring communities.

Jonglei State Information Minister says 43 of the recovered 65 abductees are children and the rest are women.

John Samuel Manyuon says this was after the state government persuaded the armed youth to hand over the survivors.

“Today the government of Jonglei state handed over 65 abductees including women and children. About 24 women and 41 children recovered from the abduction,

“We had to negotiate and in fact, they listened to us and gave us the children. So we have handed over these children to the leadership of Greater Pibor,

“This was through negotiation with the [youth ] representatives who are their leaders…because this is a crime and that is not acceptable.”

When contacted, authorities in Pibor confirmed the handover of the abductees, adding that some of the victims have been reunited with their families.

But William Kelang Jiji said at the time of the interview they were expecting a few more others.

“So the last flight has returned back to bring the other remaining abductees.”

Last week, the government of Jonglei State negotiated the release of six children abducted from the Pibor Administrative Area by Jonglei armed youth in the area.

The unnamed children are four girls and two boys, aged between 2 to 13 years.