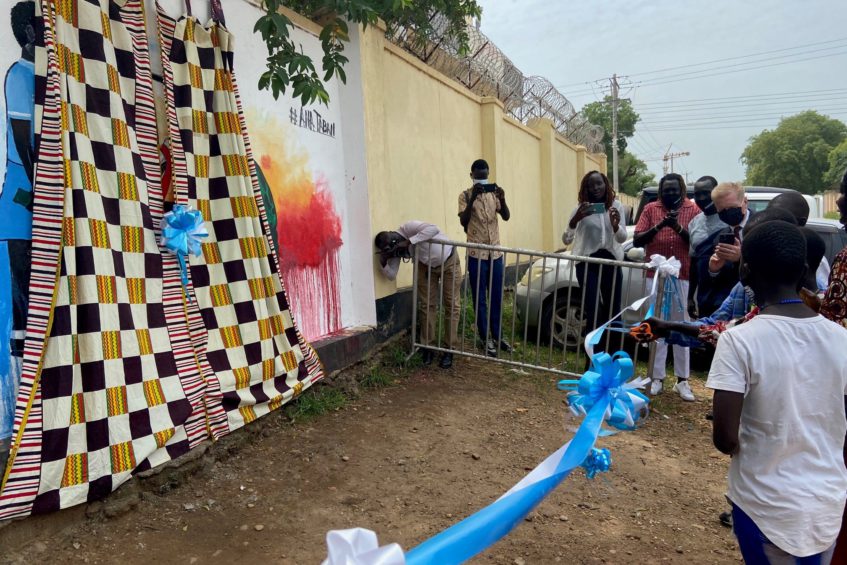 Netizens have called on the government to enforce policies that promote safety, health and quality education for South Sudanese children.

These demands come as the country marks the international day for the African Child.

June 16th is celebrated each year to highlight the importance of quality education and to improve the education status of every African child.

This year’s theme is; “30 years after the adoption of the charter: Accelerate implementation of Agenda2040 for African fit children.”

South Sudanese online and those from the neighboring countries shared various posts urging the government to strengthen laws and carry out awareness on measures to improve the education system for the children.

“The children of South Sudan are raising their voices to call for peace and implementation of the agreement,” explained one of the campaign tweets.

On 16th June 1976, thousands of black students from Soweto South African protested over the quality of education, as the education system was considered racially discriminative.

The system ensured access to quality education for black students was limited.

During the protest, hundreds of students were shot dead, leading to what came to be known as Soweto Uprising.

This resulted in the creation of the International Day of the African in 1991 to honor the children and students who lost their lives during the protest.

South Sudan has the world’s highest number of children that are out of school with over seventy percent primary-age, according to the UN children’s agency.

UNICEF South Sudan states that over 2 million children are out of school – putting at risk their future and that of the country.

It notes that the majority of the children out of school are girls.

This is due to child marriage, poverty, and cultural barriers.

A report by UNICEF disclosed that “4.8 million children were out of school since Covid-19 started, 63% of teachers had not acquired formal education, 1/3 schools were either damaged or destroyed, 770,000 were out of school children and provided with access to education in emergencies.”

To mark the day, the Anataban youth movement unveiled a mural painted by its artist and children from Juba Orphanage.

The campaign slogan created by Anataban to commemorate the day is “Narfa Soutna” which loosely translates to; “WeRaiseOurVoices”

Many online activists join the children of South Sudan to raise awareness of the child situation in South Sudan.

“South Sudan…multinationals continue to pump oil without a care, said Kenyan renowned activist Boniface Mwangi on his Twitter account. “Peace should be a priority.”

The International Commission of Jurist (ICJ) Kenya, joined South Sudanese on Twitter to also demand the establishment of a “nationwide social protection program to support children afflicted by conflict, displacement and hunger.”

Child education continues to be a challenge in South Sudan.