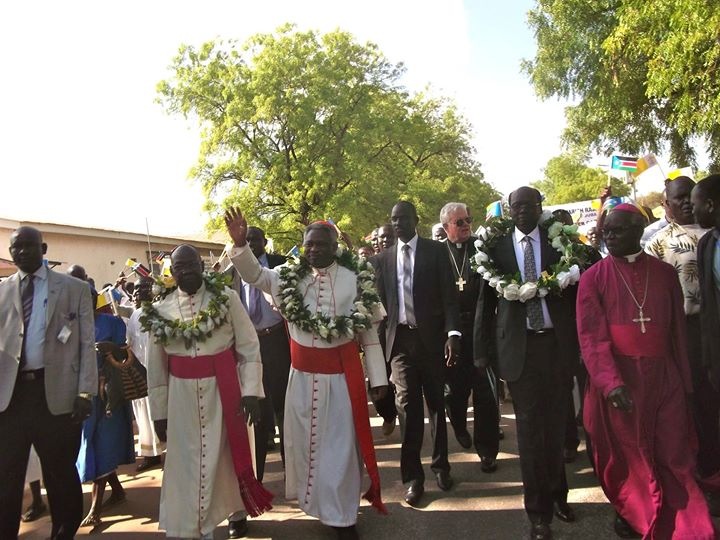 The Bishops of the Episcopal Churches of Sudan and South Sudan are calling on the government and the SPLM-in Opposition to resolve the crisis before the rainy season.

The Bishops say that more civilians are likely to starve if the violence continues.

The ECS organized a three-day workshop in Juba with Bishops from Sudan and South Sudan.

The Archbishop of the ECS, Daniel Deng Bul, told Eye Radio that the church will push for a peaceful settlement of the crisis.

“We are going to work hard to talk to the government, talk to the opposition that they might stop the war now before the rain,” Archbishop Deng.

“We don’t want our people to suffer, we need them to come back to their homes, we need their children to go back to the schools because it [crisis] is going to delay many things.

“We are appealing to our government, to the opposition, to anybody who loves South Sudan; let us stop the war.”

More than 30 Bishops of the Episcopal Church of Sudan and South Sudan attended the conference in Juba.