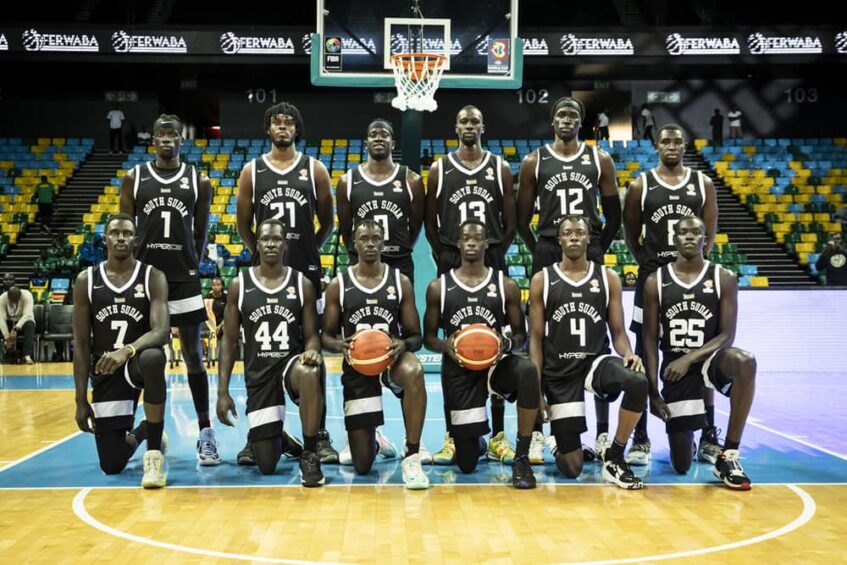 Hundreds of fans are expected out on the streets of Juba Monday afternoon to celebrate the South Sudan Basketball National team’s return from Tunisia.

This is according to Mr. Joseph Lual, the chairman of the Popular Campaign to Support Sports in South Sudan, a volunteer body organizing the reception of the team upon their arrival.

The South Sudan Basketball National Team arrived back home Monday after the team took the lead again in Group F after beating Egypt 85:65 last night in the FIBA World Cup qualifier in Tunis.

Lual told Eye Radio on Sunday that all prepared to receive and horning are in place including security and traffic police and the first team from South Sudan Red Cross.

He pointed out that the fans and supporters are advised to be at Nimera Talata baseball stadium if they won’t be able to reach the airport on time.

According to the Lual, the team will arrive at the airport and be escorted to Nimera Talata Basketball Stadium where they will greet and interact with the fans for a short time.

“All the arrangements are in place, we have secured all the approval from appropriate concerned institutions that include traffic police and first aid from South Sudan Red Cross,” said Lual.

“We will receive them at the airport and from the airport to Nimera they will be there for a while then will proceed to the hotel and the official event will take place on the third next month.”

He added that the official horning will be done on 3rd September 2022 at Nimera Talata Basketball.

South Sudan is now on the top of the standing table of group F with 17 points after beaten Congo and Egypt and defeated by Senegal in the fourth window of World Cup qualifiers.

The fifth and last round will be in February next year in Abidjan Cod Ivor where Bright Star will have to play three games.

Only one win will be enough for South Sudan to qualify to the world for the first time in history.