You are here: Home  |  Justice | News | States | Uncategorized   |   Wives of detained Rumbek teachers cry out for their release

Wives of detained Rumbek teachers cry out for their release 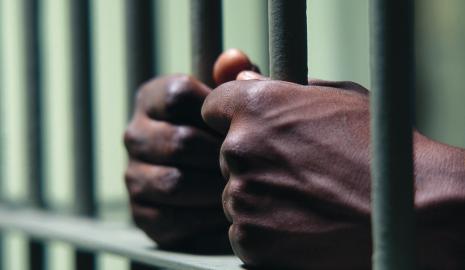 The wives of some of the detained Rumbek teachers are crying out to the state authorities to release their husbands.

Last month, dozens of primary and secondary school teachers were arrested by the authorities, after they staged a peaceful protest at the state parliament.

The teachers, mainly from Rumbek town, were detained for allegedly rejecting a month’s salary and demanding an increment.

On Tuesday, the civil servants detained at Panda military prison were transferred to Rumbek main prison without charges.

The former headmasters and inspectors spent more than a month in arbitrary detention without access to justice.

According to CEPO state coordinator Daniel Laat, the state authorities are yet to take them to court.

Meanwhile, the families of the detained teachers appealed to the state government to release their loved ones.

The women say the situation has been unbearable, and they that are not allowed to visit or speak to their husbands since when they got jailed.

“When you’re stranded as the wife, you go to your relatives houses to borrow food to give the children. Sometimes we go for three to four days without food,” said Mary (not her real name.)

She said she tried to reach out to her husband but was denied access by the security.

The mother of five said she is left to single-handedly feed and provide for the family’s basic necessities.

“Getting something to eat has become really hard. Now that my husband is not there, it’s really hard for me to handle everything,” she said.

Mary said she is demanding answers from the state government.

“You should tell us, if they have gone wrong. The government is quiet, what do you want us to do? What is it that you are not telling us as their families? Why do you want to make us suffer with our children?”

Achol, (not her real name) said they have been depending on relatives and neighbors for survival.

“We the wives that have been left with the house responsibilities are really suffering with our children. Now the children are staying without food and there’s no one to provide for us,” she said.

“When the man of the house is not there, the outsiders don’t really care,” she added.

Following her husband’s arrest, she said she ran to the military detention facility before she .

“They arrested them when they had gone for demonstrations. When we ask what they did wrong, they chase us away,” he told Eye Radio.

The two women want the state minister of education who is said to have given the orders for the teacher’s detention to release their spouses.

The national Transitional Constitution prohibits police from holding suspects for more than 24 hours without taking them to court.