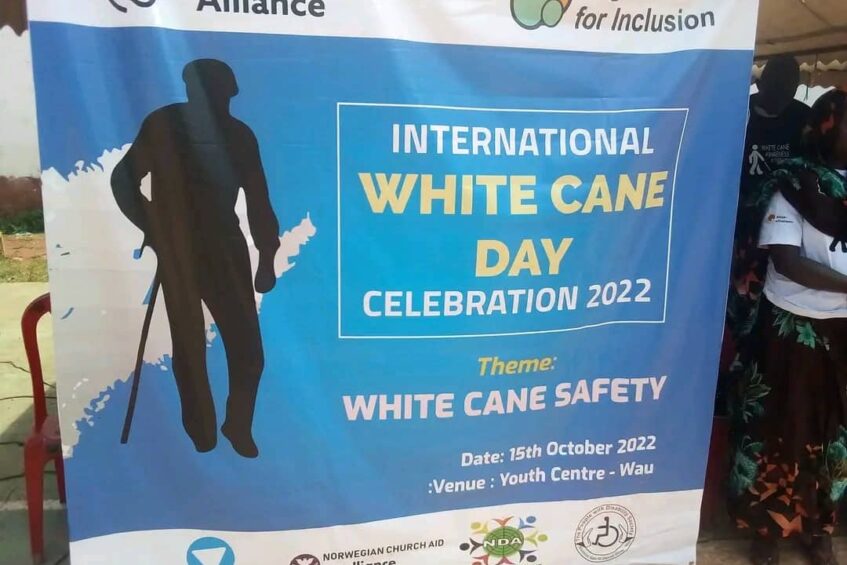 The head of the Union of Visually Impaired Persons in Western Bahr el Ghazal State said they face difficulties in crossing main roads, and are being harassed by motorists who are ignorant about their use of the white walking stick.

John Akot said most drivers and riders do not cooperate with blind people, because they are not aware of the navigating and communicating importance of the white cane.

According to him, unaided visually impaired persons oftentimes end up being harassed or shunned when they try to raise up the walking stick to signal to approaching vehicles.

“The problem we face here is that some drivers do not respect our right to cross the street, and sometimes we are beaten when we raise the white cane thinking that we want to hit them,” he said.

Akot said out of the 2,500 visually impaired persons in Western Bhar El Gazal State, only 30 people have received training on how to use the white cane for mobility.

He appealed to vehicle and motorcycle owners to respect their rights on the street by allowing them to cross main-roads.

“We recommend the owners of vehicles and motorcycles to our members the opportunity to cross the street because we are partners with them.”

The union commemorated this year’s event under the theme ‘White Cane Safety”.