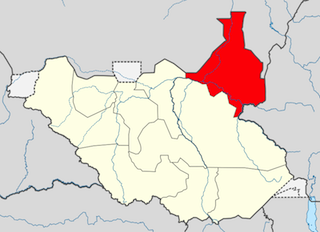 The Relief and Rehabilitation Coordinator in Fashoda County of Upper Nile State estimates that more than three thousand civilians have been killed in the recent armed violence in the state.

Paul Awin describes the situation as a complete massacre.

The incident was allegedly carried out by elements of the ethnic militia commonly known as the White Army from Jonglei State.

According to him, more than three thousand people – mostly women, children and elderly were killed during the attack.

“The estimated figures that I can say regarding the death, it can be more than three thousands because people are still checking,” he told Eye Radio on Sunday.

Eye Radio could not independently verify the allegations, and efforts to reach the state governor for comment, were not successful.

The local official said the attackers were armed with heavy machine-guns and indiscriminately fired at fleeing civilians.

He says most of the victims died by bullet wounds, whereas some children drowned.

“After they finish in Kudok Payam, they also proceed to Dethouk Payam where is the higher population of the IDPs, so the attacker they went there and start shooting on those IDPs, this is where a lot of population of Dethouk Payam lost their lives.”

The initial conflict began in Panyikang and Fangak Counties in July between factions of the SPLM-IO Kitgwang, commanded by General Simon Gatwech and General Johnson Olony – before escalating into heavy conflict by mid-August.

Last month, the attack by the white army from Lou Nuer reached Fashoda County – where the palace of the King of Chollo is based.

As result, the Chollo King airlifted to Juba on Thursday amid Fashoda attacks on the unarmed civilian.

Some of the IDPs who spoke to Eye Radio at Kudok camps, said they have spent over four to five days inside flood waters as they were hiding from the attackers.

“All of us we run away from the Aburoc IDPs, we run to the Bush’s and farms around Aburoc,” said one of the survivors.

“The attackers followed us, and they shoot on people who were in the water. If they reach you they just kill you, people were scattered in the bush, with children and elderly drowning in the water.”

“We reach to the bushy place were hide ourselves. We spent five days standing in the water nowhere to sleep, many children, it was very bad, the thing that happens to us is indescribable.”

Relief and Rehabilitation Coordinator Paul Awin condemned the killing and called on the government and international communities to contain the situation.