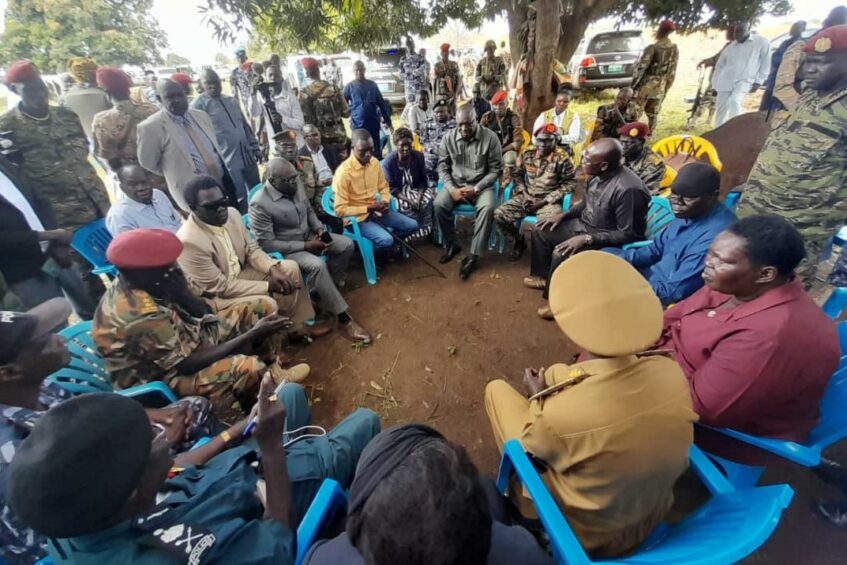 Lawmakers have directed the government to arrest the killers of six civilians in Lokiliri Payam in Juba County and remove the cattle keepers in Central Equatoria state.

This comes after the parliament noted with concern the recent killing of the locals weeks ago.

More than 300 others, including children, were displaced.

According to some of the lawmakers, those who committed the crime are from a neighboring state and they should be arrested.

Jackeline Benjamin Lado is the chairperson of the specialized committee on Lands and Physical Infrastructure in the parliament.

She read out recommendations on the cattle-related insecurity in Lokiliri Payam in Juba on Wednesday December 14, 2022.

“The august directs the government to force all cattle herders to leave Lokiliri Payam to the area where their cows are supposed to be kept as soon as possible, apprehend those who killed six people and wounded others,” said Hon. Jackeline Benjamin.

“The ministers of interior, defense and national security to be summoned to appear in persons to inform the august house on their plan of how to end communal violence across the South Sudan,

“The owners of the destroyed and looted properties to be compensated, and form a committee composed of neutral persons to investigate and report to the august house within two weeks.”

Last week, President Kiir urged cattle keepers to return their animals to their state to avoid cattle-related conflict in the Equatoria region.

This was to help prevent violence over grazing areas and to keep the farmlands safe for production.

The conflict between farmers and cattle keepers has been rampant in some parts of South Sudan’s Central Equatoria and Eastern Equatoria states this year.

This is despite several presidential and gubernatorial orders for herders to return to their places.