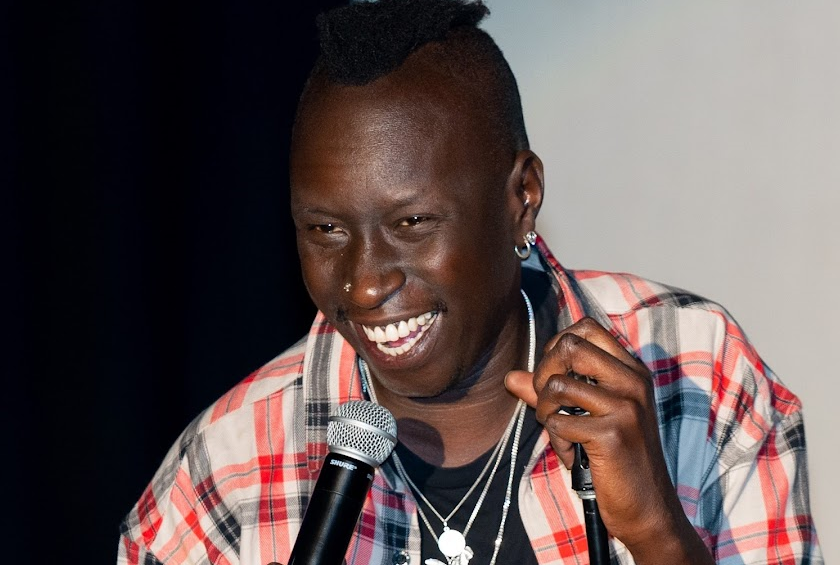 Emmanuel Majok becomes the first South Sudanese to win a Golden Buzzer at Australia’s Got Talent 2022, when his Emo Majok’s EDGY Comedy Routine left judges in awe at the world’s biggest stage.

In the comedy show on Monday night, Majok was the class clown, a happy kid who loved entertaining his friends. The son to South Sudanese migrants was, in the mid-90s, the only black student at a school for whites.

“I am auditioning for AGT (Australia Got Talent 2022) because representation is everything. I want young Sudanese youths to see that dreams can come true, I’m chasing mine,” he said as quoted by the entertainment channel, TV Blackbox.

At the age of three, Majok and his South Sudanese parents escaped the civil war in the former Sudan, and fled to Ethiopia where they lived at a refugee camp.

As another war broke out around them, they joined thousands of other displaced refugees, walking for weeks in search of shelter and a better life.

They eventually found a new camp in Kakuma, northern Kenya, and it was here that they were offered sponsorship to move to Australia.

Majok and his family of five arrived in Perth in 1996, with two more siblings born after they settled in the northern suburbs of Perth. He is now a proud father to three beautiful children.

Speaking to Eye Radio from Australia on Thursday, Majok said he is trying to change the narrative about his war-torn motherland.

“That was really fantastic, and to my South Sudanese people out there, I would gladly love to have you behind me,” he said.

“I think dedication is very important. We are trying to change the narrative and letting people know that we are out here to do positive things, to do great things,”

Emo debuted with his childhood friend and fellow comedian Joe White in a string of shows during the 2018 Perth Fringe Festival, under the title ‘White vs. Black’.

He has performed in the 2019 Fringe Festival, headlined his own shows and performed in the US. Emo made a successful debut in Melbourne and FRINGE WORLD 2019 with his show, ‘Not Quite Grown, yet’, rated by Fringe feed.

He doubled down in 2020 with Just Your Typical Aussie.

At 24, he became the first South Sudanese to participate in this year’s Australia’s Got Talent and win the heart of the audience and the judges, and got the golden buzzer to take him to the semifinal.

Australia’s Got Talent is an Australian reality television talent show. The show is based on the Got Talent series format that originated in the United Kingdom with Simon Cowell.