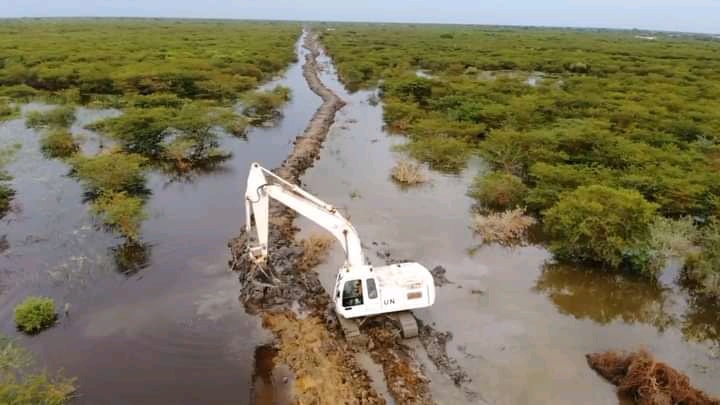 Heavy rains and severe flooding have affected more than 900,000 people across South Sudan since August, the UN’s humanitarian agency said in a report.

The Office for Coordination of Humanitarian Affairs has also revealed that at least 616,000 people were affected by floods and torrential rains in 22 counties as of 30 September.

The report said that extensive flooding, high levels of food insecurity, violence, and disease outbreak continue to impact people across the country in September.

It says the number of people affected is expected to increase as the rains continue.

Infrastructures like boreholes and latrines were submerged, thereby contaminating water sources and risking outbreaks of waterborne diseases, the agency said.

According to the UN agency adds that physical access remains a challenge for humanitarians to reach affected people as roads become impassable.

Other factors captured in the report are renewed fighting and community conflicts in some parts of South Sudan.