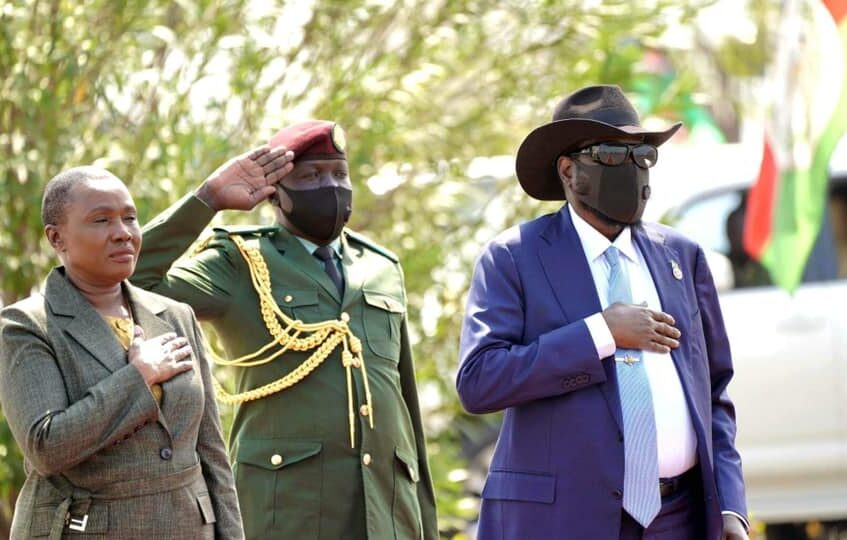 President Salva Kiir on Thursday urged the organized forces to avoid conflict and carry out their orders of restoring safety and security in the country.

The head-of-state asked the army commanders at Bilpam to create a conducive environment to attract international investors.

“War and conflict must be avoided, and fighting one another is meaningless and will halt any chances of development and disrupt the progress that we have made as a nation,” the President said according to a statement posted on his official Facebook page.

President Kiir also emphasized the major-highway projects such as the Juba–Bor road, and the Juba – Bahr El Ghazal road as great signs of development and accessibility.

He asked the military leaders to ensure that the army abides by its discipline and keeps peace in the country.

“I don’t want war not because I am fearing. Let us all avoid going back to war, keep the military discipline, and work for the future, we are ready to train our forces in the all fields that we want.”

The conference was held under the theme, ‘SSPDF building trust, understanding, and implementing the transitional Security Arrangement.’

The Command Council deliberated on the progress of the implementation of the security arrangement.

President Kiir promised to review the resolutions and recommendations made by the command council before approval and consideration.

But the recommendations have not been disclosed.