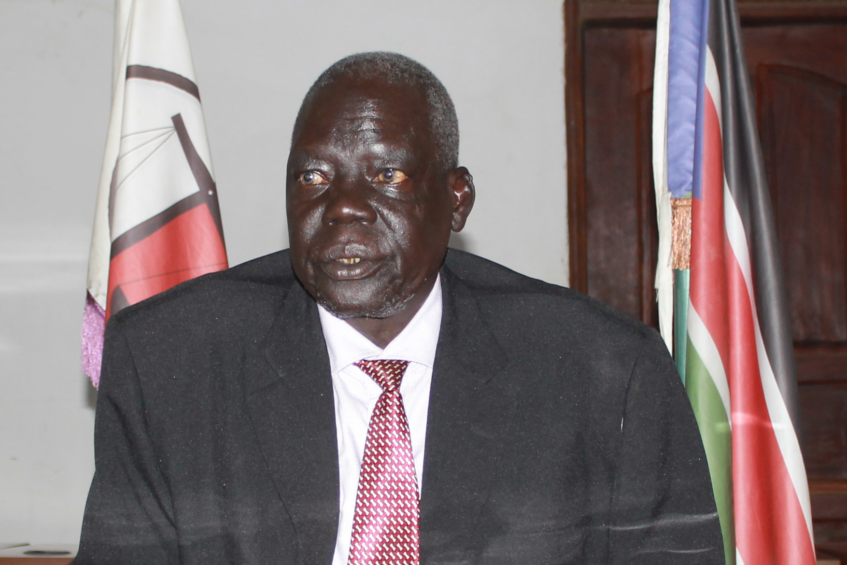 The National Constitution Review Committee has handed over the amended National Elections and Anti-corruption Acts to the Ministry of Justice for further deliberation by the council of ministers.

Speaking upon receiving the documents, Dr. Awow said the country will soon have the laws in place.

Macharia Kibara, the Chairperson of the National Constitution Review Committee, said the committee made changes in the national elections and anti-corruption acts to ensure the commissions are independent.

“We made some changes with regards to the independence of the commission. We expect the national election commission will be independent to be able to conduct free and fair elections,” Kibara said while speaking on the state-owned broadcaster SSBC on Friday.

“We have also looked at the issue of petition, where there will be people who will be dissatisfied with the results of the elections and they will be able to petition the results in court,” he added.

However, Ayuel David, a youth representative to the National Constitutional Amendment Committee said he refused to sign the national election bill that was presented to minister of justice.

Ayuel said the draft bill does not “favor the youth at all.”

“Representatives of civil society and women in the NCAC didn’t sign the bill too. We disagreed with members of political parties in the NCAC over sections 62 and 63 in the bill,” said Ayuel.

“We had proposed representation of youth in the Parliament to be 3% and people with disabilities with 2% reserved seats in Parliament to be contested upon. These sections were plunged out and for that reason, we couldn’t sign a document that will harm the future of the youth.”

Professor Abednego Akok, who spoke during the 6th Governors’ Forum in Juba, says the commission is ready to conduct the general elections as stipulated by the roadmap, but this must be done lawfully.