You are here: Home  |  News | Peace   |   Graduating trainees urged to be patient 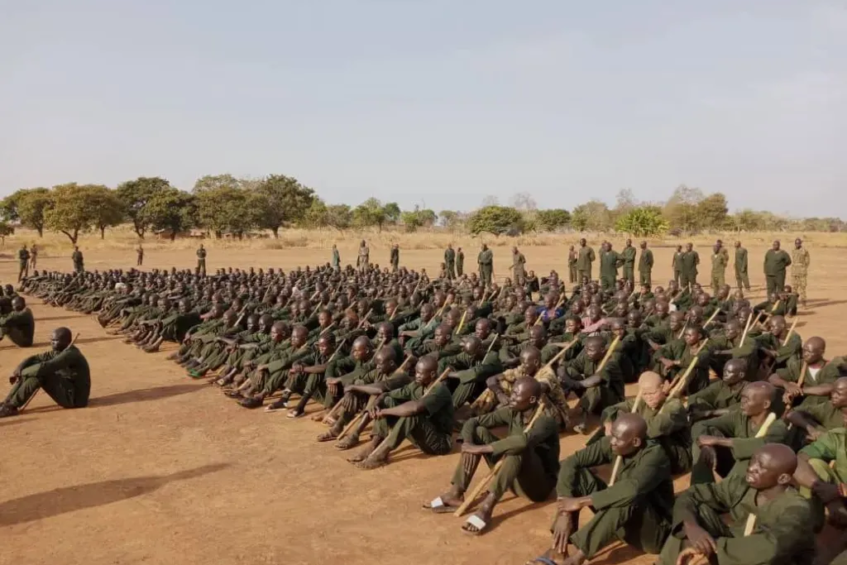 The Joint Defense Board appealed to the unified forces in the Bahr el Ghazal region to be patient as the military leadership prepares for their graduation.

Lt. General Garang Ayii Akol who’s the Co-Chair of the Joint Defense Board says, no date has been set for the graduation of the trainees in the western part of the country.

General Ayii, who doubles as the Chairperson of High Committee for Bahr el Ghazal Unified Forces made the statement after some officers at Masna Biira, Mapel and Pantit training centers inquired about the date of graduation.

“We will decide on the date of the graduation, it may be in the next weeks and it will not delay a lot again and let them be patient and everything is going well.”

According to him, the JDB is working on a timetable for the graduation of the forces in Bahr el Ghazal and Upper Nile regions.

The unity government held the first graduation ceremony on 30 August for the Necessary Unified Forces.

While about 3,575 personnel would take charge of the National Wildlife Service and 3,289 to be deployed to the National Civil Defense Service.