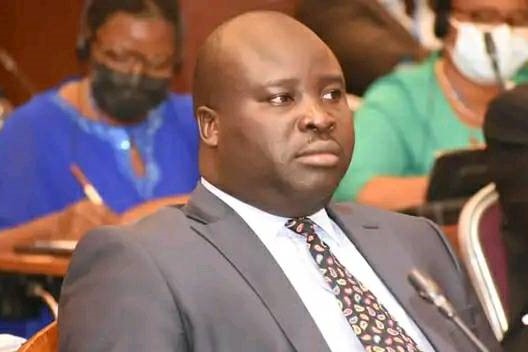 The First Deputy Speaker of the parliament has warned against politicizing the extrajudicial killing in Mayom County of Unity State.

Nathaniel Oyet was responding to the feedback by the Presidential Affairs to the Upper House’s call on President Kiir to sack governor Joseph Monytuil.

Last Tuesday, the lawmakers alleged that Monytuil failed to curb insecurity in the oil-rich state since the beginning of this year.

Dr. Marial argued that the legislators involved had no responsibility on matters concerning the security and defense of the country.

He also said that the lawmakers acted un unanimously as they did not meet the quorum of a two-thirds majority at the time.

Reacting to Merial’s statement, Oyet pointed out that the R-TNLA has noted the impasse between the Council of states and the office of the president over the issue.

Speaking at an event in Juba on Sunday, Oyet urged the unity government to stop politicizing the issue saying, the Mayom County summary killing is a crime and abuse of power.

He added his voice to call to bring the perpetrators to justice as soon as possible.

“We in parliament and particularly the transitional national legislature take note of the ongoing impasse between the council of the states and the office of the president over the resolution by the council of states questioning the legitimacy of the governor of unity state,” said Oyet.

“I would like to state that legal interpretation by any organ of government does not negate facts and evidence of the commission of crimes or abuse of power,

“I would like to urge the executive of the R-TGoNU to ensure that all involved in the scene of extra-judicial killing seen in that stage and lawlessness are brought to book as soon as possible,

“I would also like to state that this is not a matter of political party, it is a matter of rule of law and should not be politicized.”