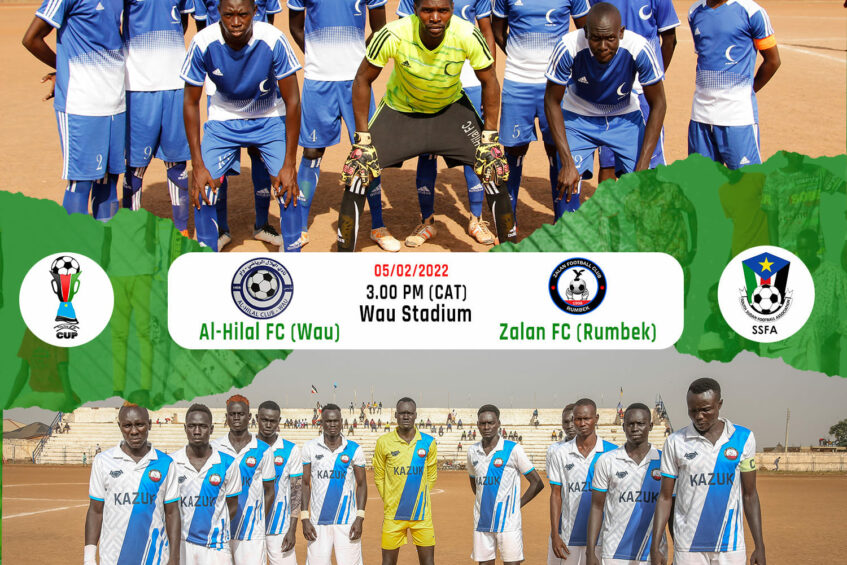 Last week, the national football governing body requested its Tanzanian Counterpart to allow the Champions of South Sudan Cup and League Cup to host their games at Benjamin Mkapa Stadium in Tanzania.

The AL Hilal Football, Wau and Zalan FC, Rumbek have been drawn against Tanzania and Zanzibar respectively in next month’s competition.

But the Tanzania Football Federation demanded the teams pay the cash to host their games as the country’s stadium is yet under construction.

“I have received a letter from the Tanzania Football Federation demanding for 40 million Tanzania Shilling, equivalent to 17,000 US dollars to be paid by Zalan FC of Rumbek and Al-Hilal FC of Wau,” said SSFA’s Secretary General.

“I have delivered the message to the management of the two teams. There is no way for them to change the home stadium again because CAF needs this information 15 days before the game and they pass this deadline.”

The first legs of the games are scheduled on the 9th and 11th of September respectively.

Efforts to reach the two teams for comment were not successful immediately. 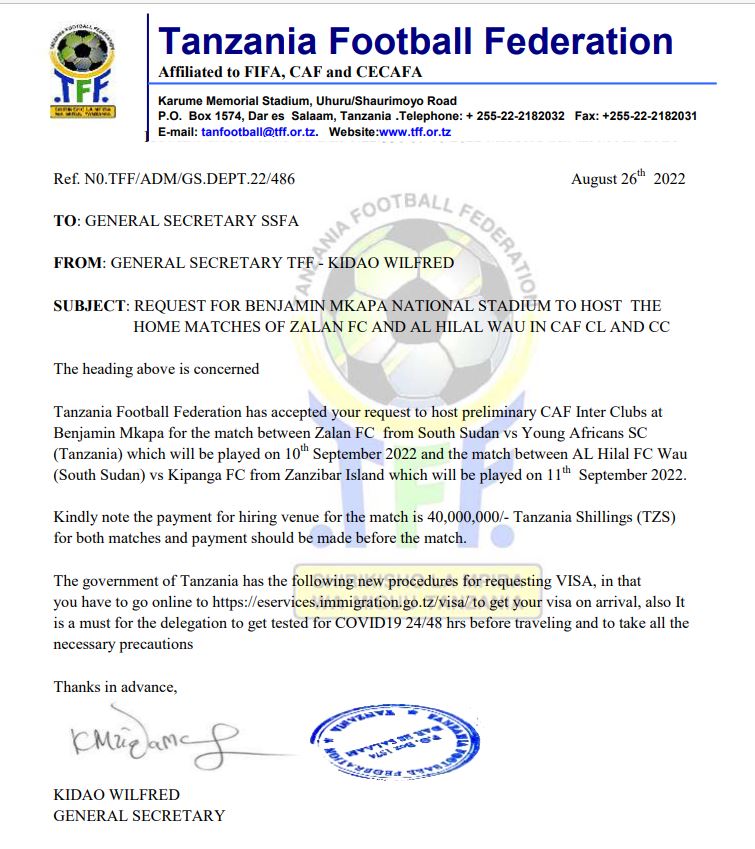