You are here: Home  |  Health | News   |   Around one billion people in the world are mentally ill: WHO

Around one billion people in the world are mentally ill: WHO 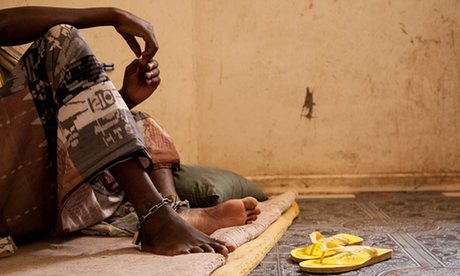 Nearly one billion people worldwide suffer from some form of mental disorder, according to latest UN data – a staggering figure that is even more worrying, if you consider that it. |File photo.

A new report by the UN’s World Health Organization has shown that nearly one billion people worldwide suffer from some form of mental disorder.

The UN agency noted on Friday that in the first year of the COVID-19 pandemic, rates of common conditions such as depression and anxiety around the world, went up by more than 25 per cent.

In its largest review of mental health in more than 20 years, the World Health Organization has urged more countries to get to grips with worsening conditions.

It has offered examples of good practice that should be implemented as quickly as possible, in recognition of the important role that mental health plays in positive and sustainable development, at all levels.

The agency said mental health disorders are indiscriminately available in all countries, with one in eight people in the world living with mental disorder.

More than 70 per cent of those suffering from mental health disorder worldwide, do not get the help they need, says WHO.

This is in comparison with only 12 per cent in low-income countries.

WHO said the situation is more dramatic for cases of depression, pointing to gaps in assistance across all countries – including high-income ones – where only one third of people who suffer from depression receive formal mental health care.

“We need to transform our attitudes, actions and approaches to promote and protect mental health, and to provide and care for those in need,” said WHO’s Tedros.

“We can and should do this by transforming the environments that influence our mental health and by developing community-based mental health services capable of achieving universal health coverage for mental health,” added Tedros.

After decades of pre and post independence civil wars, South Sudan is said to be facing difficulties in dealing with the rise in mental illness.

According to WHO, the country’s health system has broken down due to the prolonged conflict, leaving many prone to various illnesses and patients with preventable illnesses are left unattended.

In January this year, an official said over 80 mental health patients are detained in prisons across the country due to lack of psychiatric hospitals.

The spokesperson of South Sudan Prison Service said majority of the mentally disturbed were taken to the prison facilities by their families over fears they would cause harm in the communities.