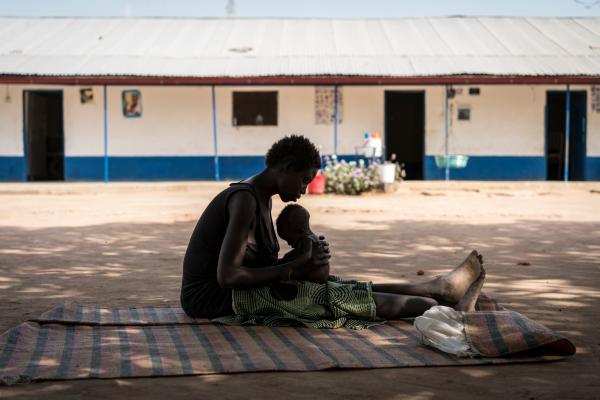 William Wel Deng, member of the state parliament representing the area said the victims were mostly children of SSPDF and those from struggling families.

The deceased children, identified only as Adija, Ador, Juma and Akot, all aged below 10 years.

They died between July 9th and August 3rd, in the areas of Kiir Adem, Mayom Kuol and Mathar Kou in Aweil North County.

“In Aweil North headquarter, Guok Machar, on the 9 of July, a son of SSPDF soldier passed way because of starvation, while his mother left the house looking for food. Again, on 16 of July another daughter of SSPDF she is 5 years old pass way,” said the lawmaker.

“Also, on date 27 of July another child aged 7 pass way and the last case happened in area called Matar on the 3th of August, so all this incident of starvation happened between July and August.”

Deng is calling on humanitarian agency to intervene, saying the flooding has exacerbated the hunger situation in the state.

“I am appealing to non-governmental organization so that they can intervene and rescue the people who need food.”

“Also, there are some disasters that are increasing now regarding the flood, crops are destroyed. Most of the in reach currently in Aweil North and in parts of Aweil West”.

Food insecurity in South Sudan has reached the most extreme levels since independence in 2011, according to the UN’s Food agency WFP.

Rising prices on the world market, impacts of climate change and the pandemic are believed to be the major factors worsening the situation for 7.7 million people, that the UN say are unable to feed themselves.

The situation is also dire across the country as 8.3 million people, 75 percent of the population are facing severe food insecurity.