You are here: Home  |  Education | News   |   VP Abdelbagi to bring down buildings on school lands

VP Abdelbagi to bring down buildings on school lands 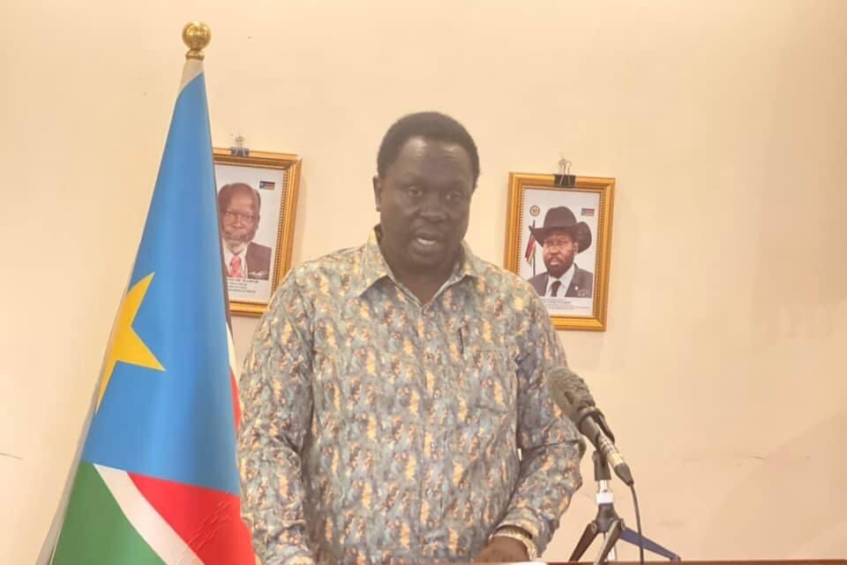 Hussein Abdelbagi, Vice President for Service Cluster and the chairman of the National Task Force for Covid-19 - courtesy

Abdelbagi, who heads the Service Cluster said he will move out to schools with bulldozers to crash buildings erected on school land.

“I am telling them by that from first this month, I am going to inspect all the schools where school land has been grabbed with my bulldozer, to crash down all the buildings around the school,” he said while speaking to the state-owned broadcaster SSBC.

The decision is reportedly an anti-encroachment drive aimed at reclaiming public land from land-grabbers.

But Vice President Abdelbagi did not name the schools encroached upon, although reports suggest various public schools have been grabbed or occupied by businesses or armed actors across the country.

“I want the environment of school to be conducive. And the other thing is I don’t want to see school textbooks in the market. If see them, I will start with the minister and the DG (Director General).”

Last year, the Ministry of General Education and Instructions said more than 150 schools were used for military purposes across the country.

The ministry added that hundreds of children were abducted from their classrooms since the start of the conflict in December 2013.

The ministry said it documented 293 incidents of attacks on schools or on protected persons across the country during the same period.

According to UNICEF, poverty, conflict and early marriage as well poor infrastructure, are some of the factors facing education sector in South Sudan.