SPLA: Past, Present and Aspirations 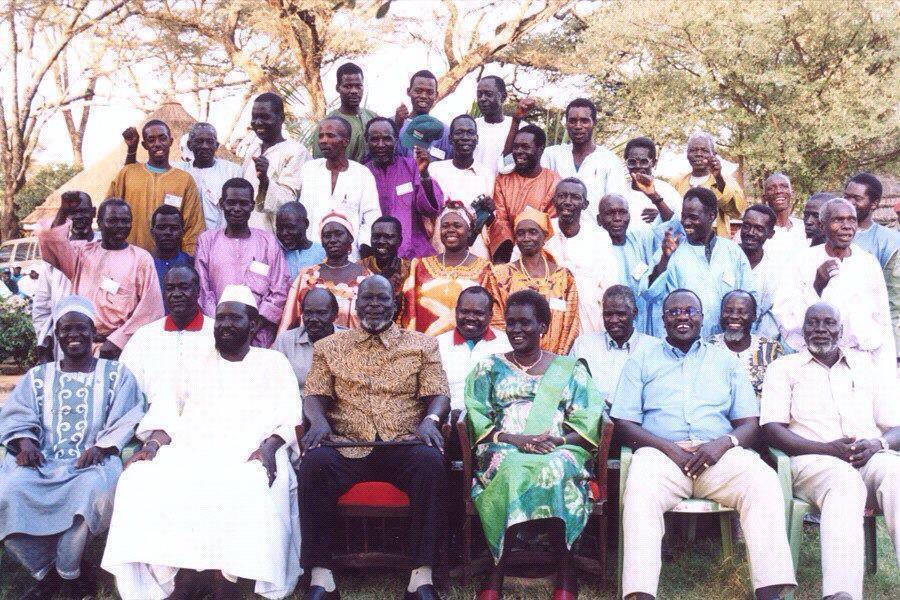 South Sudanese leaders of the SPLM/SPLA in a past photo

Exactly 35 years ago, South Sudanese joined by some Sudanese aggrieved by the government in Khartoum established the SPLM/SPLA.

On this day in May 1983, soldiers of the Sudanese army based in Bor, Pochalla, and Ayod launched subsequent attacks on Sudanese garrisons.

According to records, the SPLA rebelled against sharia laws and military rule imposed by the government of Sudan on all Sudanese.

The founders were against Islamic dominance and lack of political participation by South Sudanese in affairs of the Sudan.

The current SPLA chief of Defense forces General Gabriel Jok Riak said the mutineers in Bor were aggrieved by the efforts of the Sudanese government to marginalize the South both militarily, economically and politically.

“It started as a consequence of disagreement on the southern soldiers and the northern system which was concentrating itself in Khartoum and tried to manipulate to their own advantage -the national issues -be it political, economic, or social,” Gen. Jok said.

“This was resented vehemently and they started to defy the orders from the central government.”

Dr John Garang de Mabior who was a colonel in the Sudanese army by then, was sent to suppress the rebellion, but instead he joined the insurgents.

The fighting force is said to have attracted many fighters from the Anyanya war, and civilians from all corners of the country.

Commander Salva Kiir, the current President of South Sudan was among the founding members of the SPLM/SPLA.

In his address on television yesterday, Kiir said the SPLA was formed at the border with Ethiopia to fight for a just course.

“Dr. John with the forces that we were involved [in Bor fighting] just pulled out and they moved forwards the Ethiopian border, and the rest of us who were in different units moved also to that direction. We met exactly at a place call Marol. This is where we reorganized ourselves and this where we got the name the Sudan People liberation Army, and Sudan People Liberation Movement. It was formed in Marol,” Kiir said.

“We went to Addis Ababa where we completed one month. [There] we wrote the Manifesto and the program of action. And on the 17th November, we launched our first attack on the Sudanese Armed forces at Malual Gaos, and from there -fighting started,”  said Kiir.

The liberation struggle lasted for 21 years.

From War to Peace

In 2005, the SPLM/SPLA signed the Comprehensive Peace Agreement with the Sudanese Government allowing the South to form a semi-autonomous region and a government.

In his address to the army, Dr. John Garang said his vision is for the SPLM/SPLA to move the country from war to peace through the transformation of the military and the political class.

“There is no meaning of revolution for our people unless it makes our people happy. There is a need for a new phase of transformation from the guns and bullets -that is military power into political power. and using the political power to achieve socioeconomic development rapidly,” he said.

Dr. Garang warned that sustained military grip on the population -without development -will result into the population turning against the liberators.

“Unless the masses of our people get shelter, food, clean drinking water, education, health services, and their cattle and children are vaccinated, and their children are not vaccinated… if the barest minimum of things are not available, then the people will drive us to the sea,” added Garang.

“We have no other choice, we got to work. We must work to get things, because nothing is going to come free.”

In 2011, South Sudanese voted overwhelmingly for the formation of a new country – the Republic of South Sudan.

But the country returned to war in 2013 after the former liberators –now politicians -disagreed over the management of the party [SPLM], army [SPLA], and the country.

Thousands have been killed and millions have been displaced to the neighboring countries in a span of 5 years.

Last year, a conference attended by senior military leaders in Bilpam, chaired by President Salva Kiir agreed to reorganize and transform the SPLA into a conventional force.

According to the Minister of Defense, Kuol Manyang, the SPLA must be engaged in developmental projects instead of constant wars.

“The SPLA as the Liberator of the people of South Sudan and have to continue in the mission of liberation that is not only by fighting but also address the other challenges, that is construction. That means the infrastructure; they have to construct roads. The economy cannot grow without roads,” Kuol said.

“They can also take charge of rescuing the people when there is disaster, and to also farm so that we join our people in the war against hunger.”

Speaking on the state television, SSBC on the eve of the 35th anniversary of the SPLA day last evening, President Salva Kiir said the ongoing fighting will not bring about peace, unless South Sudanese engage in genuine dialogue.

“The people who are fighting us…I am calling on them to put down the guns and come to the table to talk. Let us bring peace back to our country. We will not bring it back by arms,” Kiir said.

Meanwhile, South Sudanese are calling on their leaders to unite in order to achieve the ideals to which the SPLA fought for.

They urge the Transitional Government and the opposition forces to ensure the peace talks currently taking place in Addis Ababa result into a durable peace.

The Transitional Government of National Unity, the SPLM-IO [Riek Machar], the South Sudan Opposition Alliance, and other stakeholders are meeting to discuss the revitalization of the 2015 peace agreement.

Those who spoke to Eye Radio say their hopes and aspirations lies in a peaceful South Sudan.

“In memory of the establishment of the SPLA as a great day for the army, and South Sudanese, we hope for peace and stability in the country,” said William Deng.

“The SPLA started the movement to unite the people of South Sudan, and today we hope for the peace first so that South Sudan is united again in building itself as a priority,” said Isaac Lopsong

“We hope that there will be understanding and reconciliation between our brothers, so that they work together to overcome their differences,” Sarah said.

Despite its historical gains, the country has once again not marked the SPLA day in a public event.

The army’s Headquarters said there won’t be any official celebration due to financial constraints.

Brigadier General Lul Ruai, the SPLA spokesperson told Eye Radio that soldiers and the general public are asked to observe the day in their respective places.

“There was no official celebration of the SPLA Day because of financial constraints, but the nation and the veterans of SPLA have been requested to celebrate it in their own way at their respective places so that they also use it to reflect on the sacrifices they made, and reflect on how would they like the future to be like,” Brig. Lul said.

“If you are in position to get in touch with your comrade call him or her, say hallo, tell him or her congratulations for a job well done in the last 35 years, and we hope that in the next two years the country will stabilize in terms of comprehensive security and in prosperity,” he concluded.