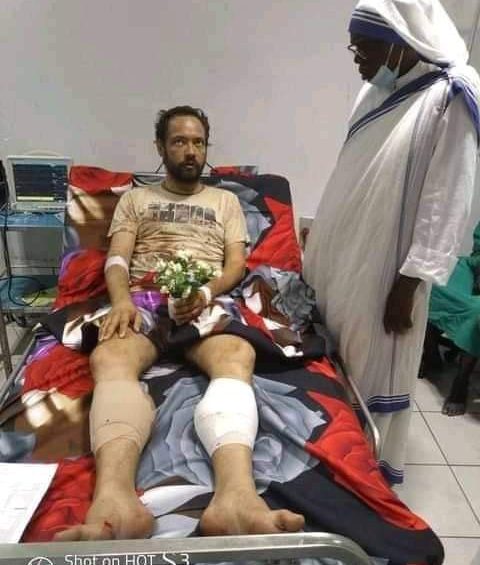 Authorities in Lakes state have arrested police officers who were guarding the residence of Father Carlassare.
The state governor stated that the officers did not intervene during the attack on the church’s residence.

Makur Kulang told Eye Radio that he could not comprehend how the criminals could shoot the bishop and escape without any response from the nearby police station.

He, however, could not reveal the number of officers arrested.

“The police officers were there but they did not come for rescue? Why? So we arrested them,” Kulang stated.

This is not the first such attack on religious leaders in Lakes State.

In 2014, three people, including a priest were killed in an attack on a church premise in Paguor Payam of Cuei-bet County.

In 2018, a Kenyan Jesuit priest, Father Victor Luke Odhiambo, was also shot and killed by armed men who stormed his compound at night in the same Cuei-bet County.

Then in 2020, the Pentecostal Church Bishop, Garang Aciek Ayuel, was killed in a road ambush in Ardep area of Awerial County.

He reminded the inhabitants of Lakes state that the clerics and the church are there to serve the public by promoting mostly education and Christianity.