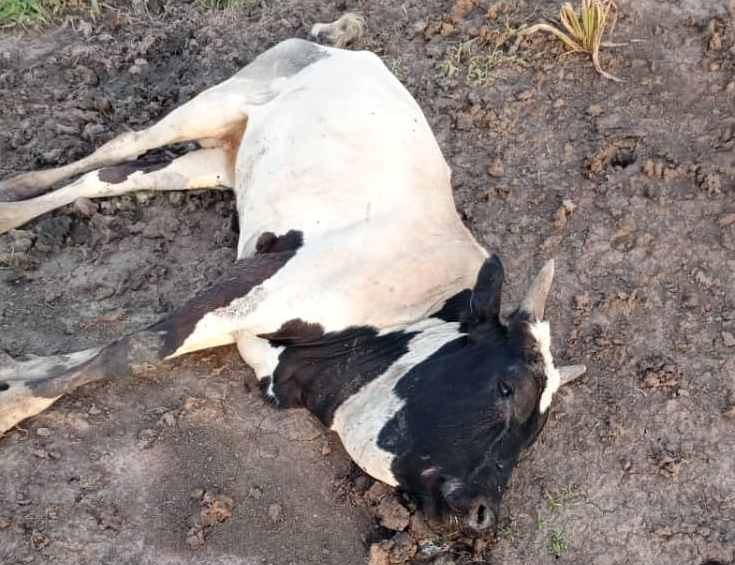 Samuel Ajiing Uguak, the acting director-general in the state Ministry of Livestock says his office recorded deaths of 23 cows in Aweil South and 10 more in Aweil West on Monday.

Uguak said the cattle are suspected to have died of Hemorrhagic septicemia because the animals were not vaccinated against the disease.

“We have a team in Aweil South, where the water submerged the area. We order our team to vaccinate any cows that not been vaccinated, we have 33 cows died in different comps we are suspecting hemorrhages Septicemia,” he told Eye Radio.

Hemorrhagic septicemia is a bacterial disease that mainly affects cattle and water buffalo and is a major cause of livestock mortality in tropical regions of Asia, Africa and the Middle East.

The official further said the ministry is isolating and vaccinating the cattle that are suspected with the disease.

The four years of flooding has submerged much of South Sudan under water, taking heavy tolls on livestock in the country’s plains.

In 2021, floods reportedly killed nearly 800-thousand livestock and destroyed more than 37-thousand tons of crops in South Sudan, according to Food and Agriculture Organization.

Experts say it is unclear when the water in the flood zones is likely to recede, meaning more danger may be ahead for millions of people.