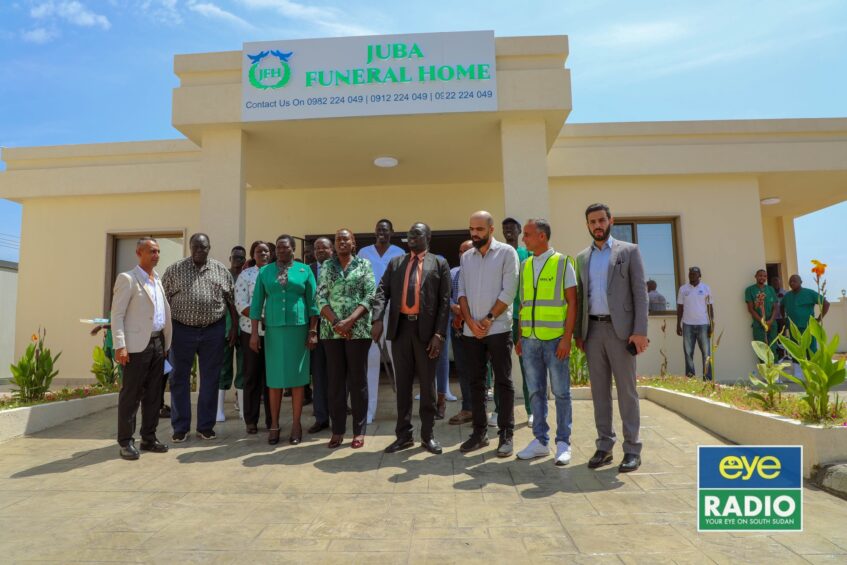 A modern funeral home, equipped with modern tools and equipment has been inaugurated in Juba, making it the first and largest mortuary in the country.

The facility named Juba Funeral Home was built and donated by the National Security Services (NSS) to the Ministry of Health to help in the management of the dead.

The facility has a holding capacity of sixty-six bodies and will de-congest the only two mortuaries struggling with increasing demands for storage of the corpses.

Yolanda Awel Deng, the Minister of Health hailed the establishment of the facility as a development that will provide much-needed services to the citizens.

The minister said she was honored and happy to be the first health minister to launch the country’s modern mortuary.

“I’m actually over the moon to be the first Minister of Health to inaugurate this facility,” Yolanda said.

“I am so happy and proud to be a citizen of this country, it shows that the government of South Sudan is in control of the driving seat. We are steering our boat towards development and towards 2030 WHO’s sustainable goals internationally,” she said Friday while commissioning the facility.

World Health Organization country representative Fabian Ndenzako said with growing demands for mortuaries across the states, the Juba Funeral Home comes in handy for many people in need of the service. 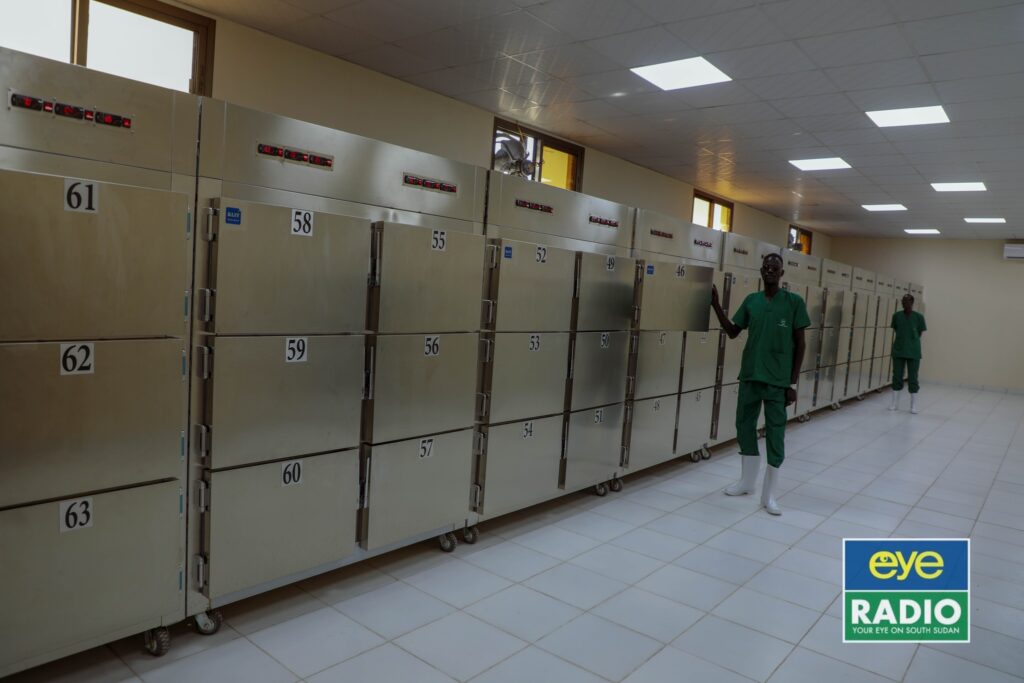 “Having this facility for the people of South Sudan is a good commitment by the government so congratulations on that. I have seen the state-of-the-art tools and equipment and how the bodies are going to be kept, these are few facilities so congratulation to South Sudan.

“I have been to a number of states and when we have a conversation, one of the requests is to have a mortuary so, these are facilities that are rarely available, but I think with this a start, I hope more facilities like this are going to come to save the people,” he said.

Major General Christo Thon, National Security Service (NSS) representative who spoke at the inauguration of the facility said the facility will solve the problem of mortuary storage for more than two servicemen who die every day.

“We have an average of two to three soldiers dying every day and when we try to bury them in a decent way, we go to the army we can’t find a place to keep them before burial and sometimes the body decomposes while we are handling other issues so, that is why we thought of (building) this mortuary to be a beneficiary to all,” he said. 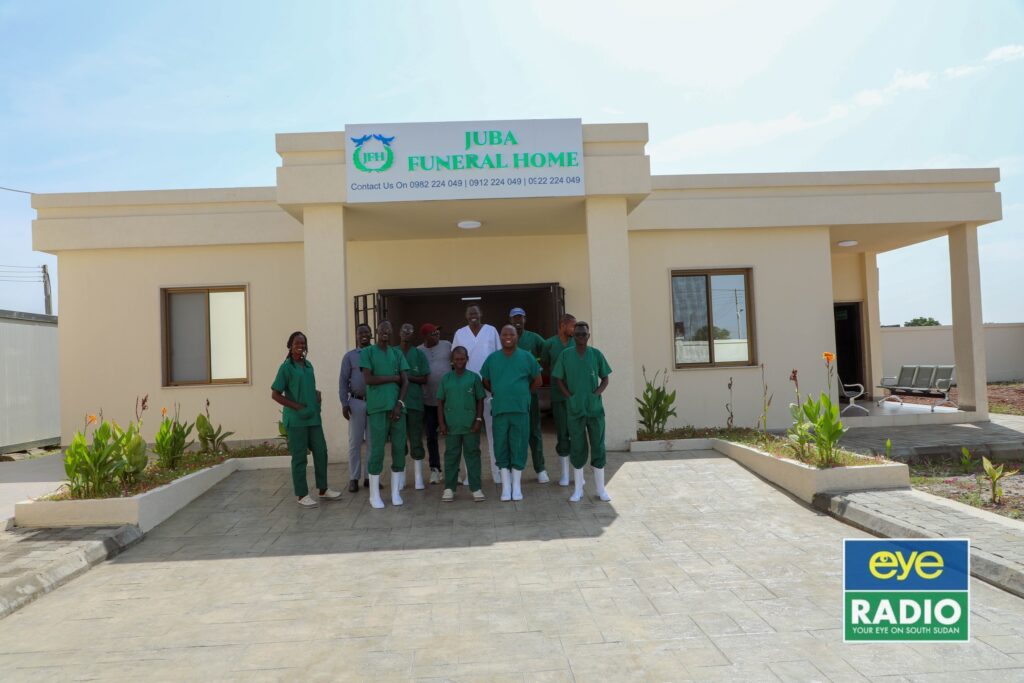 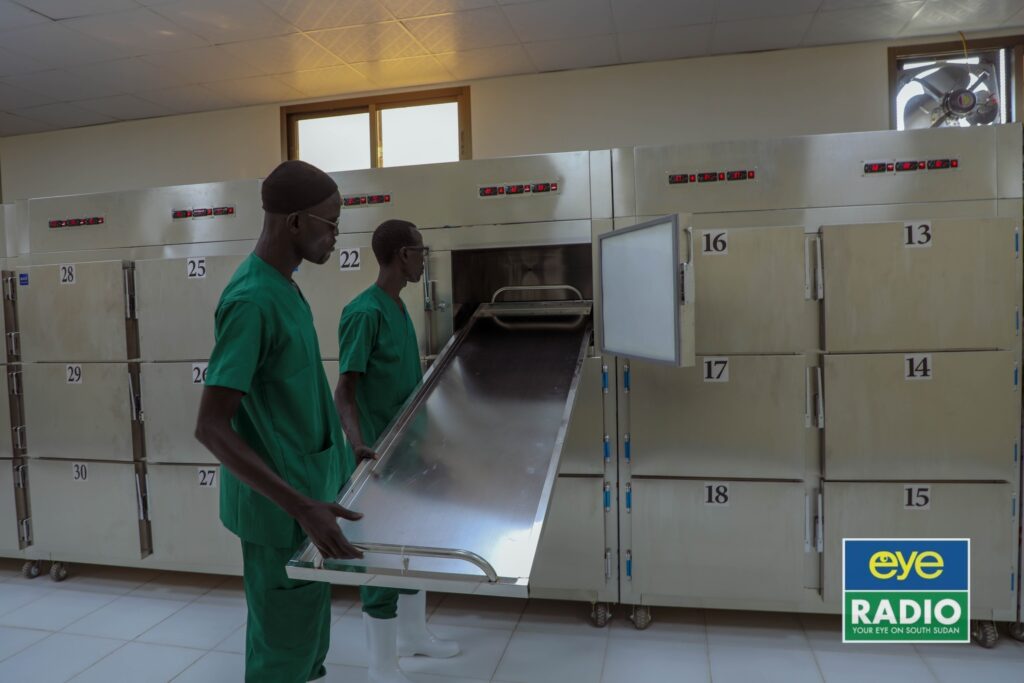 In September this year, the Deputy Administrator of Giada Military Referal Hospital said families have been abandoning their critically ill loved ones at the hospital over the cost of medication and burial.

Brigadier General John Madhel told Eye Radio that many families, who cannot afford to pay the burial cost of 80,000 pounds, often end up leaving their sick relatives at the military hospital.

The official said the public resorted to the practice to flee from the responsibility and leave it to the government.