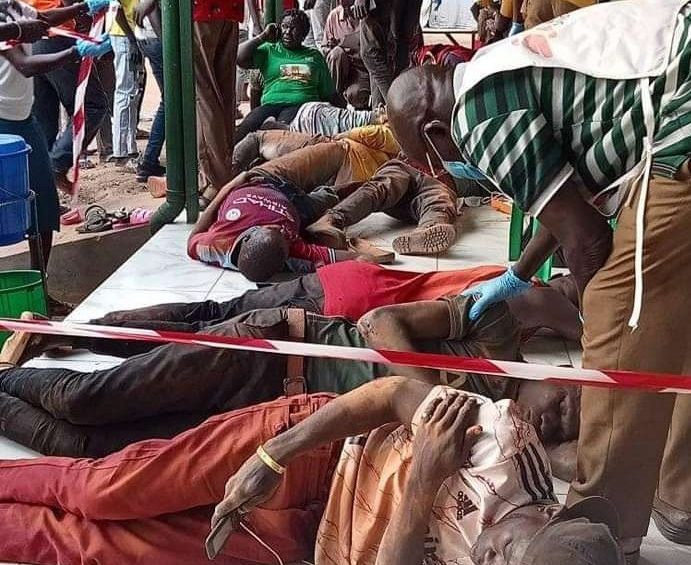 At least thirteen footballers in Western Equatoria State have survived a fatal car accident along the Maridi-Mundri road at the weekend, the County Executive Director of Maridi has told Eye Radio.

John Ezia said eighteen of his area players were traveling on a Toyota Land-curser when they overturned at Maridi-Rumbek- Mundri junction on Sunday.

The players including two officials were returning to Maridi from Mundri where they participated in inter-county tournament.

John says three of the payers in critical condition have been taken to Lui Hospital for treatment.

But he disclosed that their condition was stable as of Monday morning.

“They departed Mundri on Sunday around 2PM to Maridi when they reached Maridi junction the Land-curser overturned, and some of the players got injured”, Mr. Ezkia told Eye Radio via phone.

“Three of them who were at critical condition were taken to  Loui but when we contacted them this morning (on Monday) they are responding to treatment well”, he added.

The team had participated in a tournament that included Mundri East , Mundri West, Mvolo and Maridi counties.