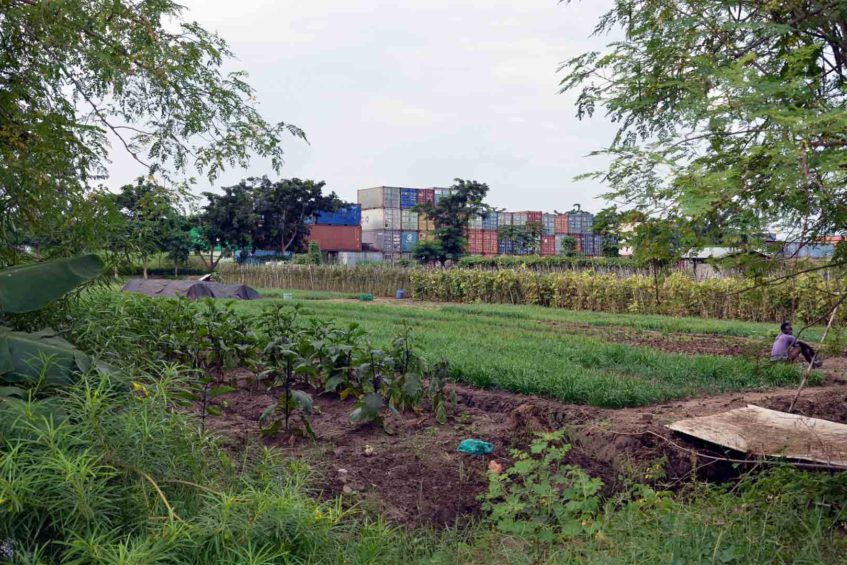 Gumbo-Sherikat in Juba - CREDIT | Juba In The Making

Some women farmers on the outskirts of Gumbo-Sherikat in Juba have said armed land grabbers have confiscated their farmlands.

Sarah Kujang Emmanuel and Regina Anyek are among the many women affected in the area.

They say they were forced to leave the area after several armed individuals assaulted them while weeding and deliberately destroyed their crops in the farms.

The women say the land grabbers are mostly army officers who forcefully build shelter on their farms.

According to the women, the unidentified armed individuals often threaten them at gun-point, sexually harass and in most situations are left at the mercy of the grabbers.

“They brought for us soldiers, we were chased with sticks and pistols. They ran after us, we were over fifty women in number,” Sarah Kujang Emmanuel told Eye Radio.

“Yesterday [Tuesday] after we weeded, the soldiers started cutting down our cassava that we planted. Some time as soon as you arrive at your farm, they show up and start beating you at gun-point.

“I personally was chased with a stick and a pistol. And they warned us that anyone found standing here will be shot.”

Regina Anyek who owns land on the outskirts of Gumbo-Sherikat in Juba says the armed land grabbers claimed they own the farmlands.

“They are taking places where we are farming. When we found them, they could tell us that it is their own place and they erect shelter on it or plant their own crops,” Anyek said.

“When you talk to them, they start beating you. Because of this, we now fear going to our farms or even gathering wild fruits. Because some when they find you, they rape you.”

It’s not clear who the land grabbers are.

But Kadaro is neighboring Garbo Village of Mangala County, just about five kilometers away where the locals there had accused top army officers of grabbing their ancestral land in recent months.

Juba county authorities have yet to comment on the matter.