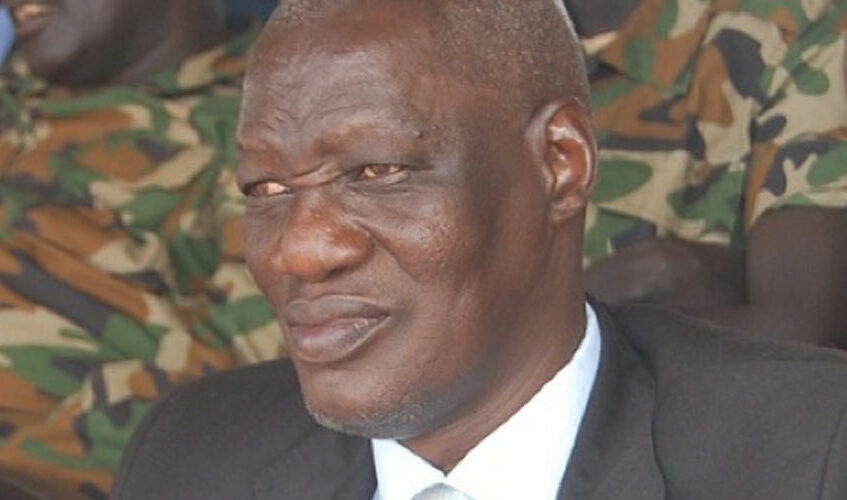 The defense lawyer of Kuel Aguer has applied to the Special Court in Juba to dismiss the case against his client, citing insufficient evidence.

Chol Kiir made the appeal on Thursday following the cross examination of Aguer’s case.

Kiir opted for the case dismissal after the court, in its last two sessions, examined exhibits presented against the former state governor.

The court has invited cyber and telecommunication experts from Sudan to authenticate the evidence presented by the general prosecutor.

They provided technical opinion about the evidence in the court and Thursday’s session was devoted to cross-examining the accused, before the final verdict.

Defense Lawyer Chol Kiir later told reporters, that the court has adjourned the session to December 7, to decide whether to convict or write off the case.

However, he said the cross-examination lacks enough evidence against his client, and that they applied to the court to dismiss the case.

“The session today was about examining the accused by the court and he told the court his version of the event after that we appeal to the court to dismiss the case due to the lack of evidence,” he said.

The lawyer argues that the case dismissal should be done in accordance with section 266 of the criminal procedure act 2008, that gives the court the right to throw out unsubstantiated cases.

Aguer, one-time Governor of Northern Bahr El Ghazal State – has been charged with subverting a constitutional government, attempting to overthrow the government by unconstitutional means, and causing disaffection among security forces.

He was arrested on August 3rd, 2021 after he signed a document linked with the online protest movement, the People’s Coalition for Civil Action.

The group allegedly plotted and declared a nationwide protest, and the resignation of the unity government – citing failure of the 2018 peace deal.

However, during the cross-examination of his case on Thursday, he admitted to signing the declaration by People’s Coalition for Civil Action.

But he denied the charges and some documents presented by the public prosecutor.

Aguer argued that he was arrested when the leadership has failed, and that he had the right to form civil pressure groups as stipulated in the constitution.

The former government critic argued in court about the government’s alleged failure by citing the two-year extension of the revitalized transitional government.

Aguer said the coalition was only calling for general elections for the people to choose their leaders – whether from the current regime or elect new ones.

He stated that the presidency announced allowing freedoms and political space in the country, but these remained limited only to the partners in the revitalized peace agreement.

The political detainee also said that the country is far from achieving the desired peace, security, and stability as claimed by the government.