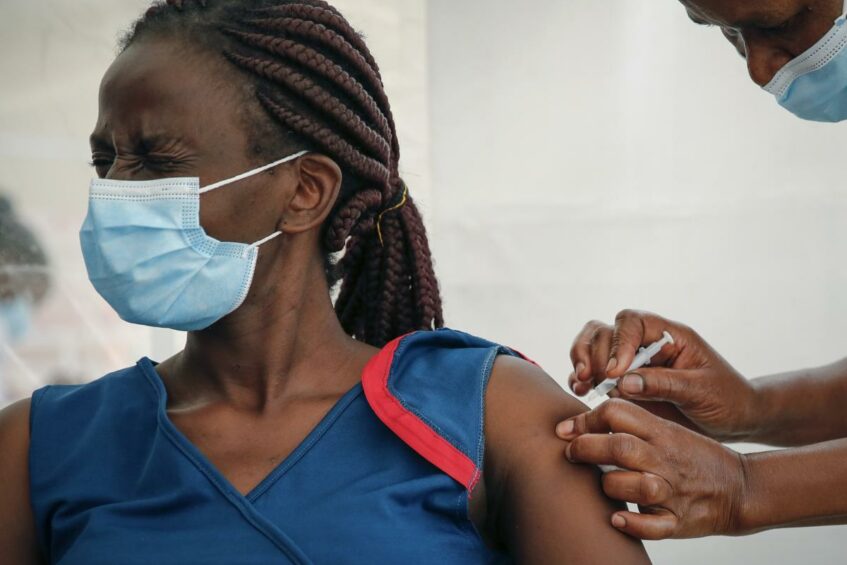 Vaccination will give you a fighting chance against Covid-19. PHOTO | COURTESY

The Ministry of Health and its partners have begun a vaccination campaign against the Coronavirus targeting 2.4 million people across the country.

The campaign which will officially be observed this Saturday targets persons above the age of 18 in 62 out of the 79 counties in South Sudan.

According to the Ministry of Health, about 2.2 million people have been vaccinated against the deadly coronavirus in the country.

However, the latest vaccination campaign is to enable South Sudan to reach a global target of vaccinating at least 70% of the Counties population.

Georgy Awzenio Legge is the Expanded Programme on Immunization at the national Ministry of Health.

He told reporters yesterday that about 4,500 workers have been deployed to 62 countries to carry the exercise.

“The campaign is a mass campaign; we are not going to leave any county out all the counties are going to be reached with the vaccine,” said Legge.

“The campaign is going to have two phase, phase one is where we are going to start tomorrow [Tuesday, January 23, 2023] and then after 28 days also we will go for phase two,

“The campaign is going to have more than 4,500 teams who are going to work in 80 counties of South Sudan including Abyei and our team is going to be in health facilities plus temporarily fixed sites.”

For his part, the UNICEF’s Manager of Expanded Programme on Immunization Dr. Pitti Samuel says the country could not achieve the 70% global target due to low uptake.

“We have only reached 36.4% of the eligible target, meaning we still have far distance to cover to reach the 70%, since the global target is 70%,” Dr. Samuel said.

“The motive is to reach the 70% global target so if we don’t pull our socks by doing the campaign as a catch-up, we will not reach the global target,

‘We would have reached by the end of last year but because of the low update, the country decided that the campaign is the best option to reach the 70% of the six million.”