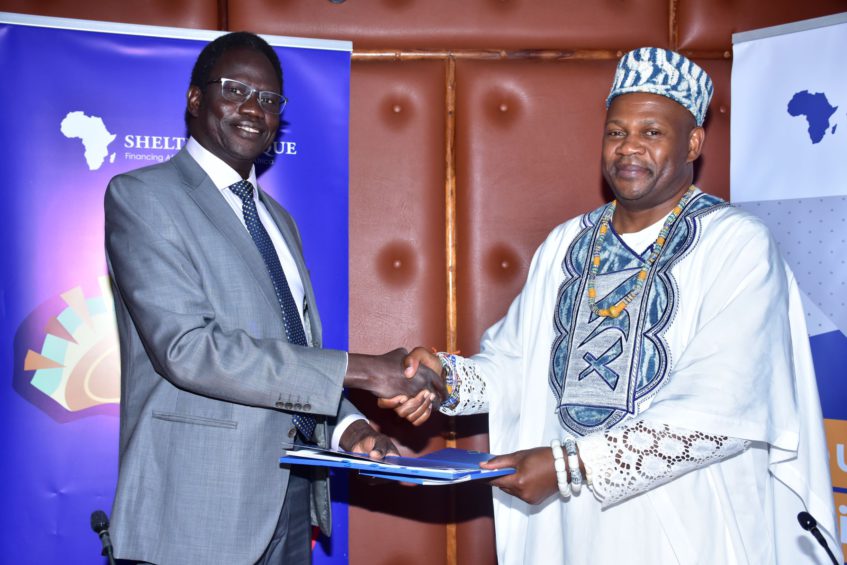 Shelter Afrique, the Pan-African housing development financier, has inked an MoU with Juba-based real estate firm to develop 26,000 housing units for the army.

The project is estimated to cost of $1.5 billion through a public-private-partnership special purpose vehicle, according to press release.

“We have been mandated by the Ministry of Finance and Planning to source funds for the construction and completion of a defense housing project on behalf of the Government of South Sudan under the Peace Through Development program initiated by President Salva Kiir in 2018,” Amb. Kuol said on Friday.

The signing of the MoU, Amb. Kuol stated, was critical in addressing the housing crisis in South Sudan, which has been worsened by many years of conflicts.

“The reason this memorandum of understanding we’ve signed with Shelter Afrique is very important for us and is proof that provision of affordable housing is central to the agenda of the government of the South Sudan, not just for the forces but for the entire population,” said Amb. Kuol.

As per the deal, Triangle Real Estate will act as the developer and contractor of the project in conjunction with various consultants.

Shelter Afrique, on the other hand, will provide catalytic funding as well as act as the lead arranger to assist in raising additional financing through the syndication of other Developmental Financial Institutions as applicable.