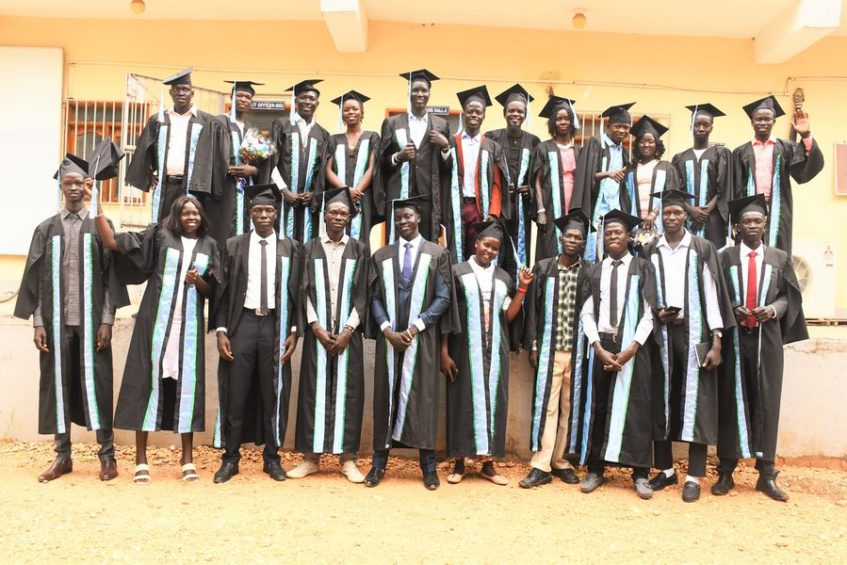 Some of Journalism students who graduated from Media Development Institute in Juba - credit | AMDISS | Nov. 24, 2021

A civil society activist called on the donor community to fund media projects, adding that media practitioners are quitting the profession due to decline in funding.

In a press statement seen by Eye Radio yesterday, Edmund Yakani who heads the  Community Empowerment for Progress Organization or CEPO stressed that emerging media houses don’t last in the market due to lack of funding and poor market.

Yakani argues that without vibrant news media outlets in the country, the nation is at risk of being misinformed by citizen journalists.

The activist appealed to the donor community to continue strengthening media institutions especially now as the country heads towards polls.

As of 2017, most journalists in war-torn South Sudan, a country where inflation is said to be close to 900 percent, are earning even less than security guards.

Report estimates that the majority of people with jobs are now poorer than they were three years ago.

Oliver Modi, a journalist and former head of the Union of Journalists in South Sudan, once said the situation of media practitioners in the country was dire.

At least 15 newspapers, two radio stations and three TV stations in South Sudan have been shut down since March 2014, according to a source close to the media industry.

According to a 2016 the Committee to Protect Journalists 2016 report, local journalists covering politics and war get targeted for murder.

It highlighted a case from January 2015 when “five journalists were shot, attacked with machetes and set on fire in an ambush in Western Bahr al Ghazal state.”

According to the 2021, World Press Freedom Index report, South Sudan ranked number 139 out of 180 countries.

The report stated that journalists have faced harassment, arbitrary detention, torture, and even death in instances where they did not practice self-censorship.