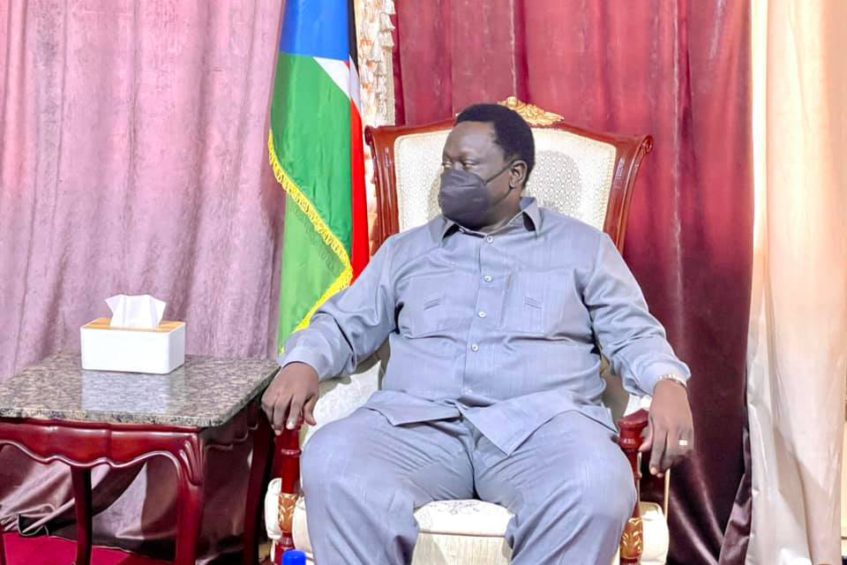 VP Hussein Abdelbagi Akol, the Chairman of the National Task Force on Coronavirus- May 27, 2021 - courtesy

A committee formed by Taskforce on coronavirus to investigate the genesis of $6 imposed on Covid-19 private laboratories has established that collection of money is illegal and recommended to be nullified.

The committee is composed of six members headed by Colonel Dr. Ajak Makor, with Dr. Moua Moti as the Secretary.

This amount was collected between the periods of September 2021 to December 2021 from more than 8 private labs in the country.

The committee revealed that other labs such as Nojum Diagnostic, Life-Link Clinic, and Crawford Laboratories did not disclose any payment details on the $6 dollars charges or the 20% shares to the government.

According to the committee each laboratory was paying $6 dollars per each client to Capital Pay must be refunded arguing that there is no any legal bonding agreement that forces laboratories to pay the said amount.

The committee recommended that any financial transactions done by the National Taskforce should cease being run from the office of the Vice President for Service Cluster.

Dr. Ajak Makor, the former head of the committee investigating the genesis of the $6, says the process is illegal.

“We found that a certain company had an agreement with the ministry of Telecommunications on operationalization of what is called e-governance or e-system,” Dr. Ajak said.

“Our committee did not find any link between the e-governance systems that were signed between that certain company and the ministry of telecommunications and the COVID-19, there was no relationship at all.

“Our recommendation was that the six dollar collection is very controversial and not legal and should be stopped and then we make a recommendation that at least those people should be refunded with the money that has been collected.”

The committee recommended that any financial transactions done by the National Taskforce should cease being run from the Office of the Vice President for Service Cluster.

It says it must be brought back to the office of the Undersecretary of the National Ministry of Health for easy accountability and smooth supervision of COVID-19 activities as per the mandate of the ministry of health.

However, the committee says the Capital Pay Company that was collecting the $6 on behalf of Crawford Capital Limited, is the operator of the E-government system.

It says the company was contracted by the government to operate the system of the E-government.

The committee also found that the laboratory managers received an SMS from officials of the Capital Pay threatening them to comply with the payment of the $6 or their labs risk being shut down.

Despite the committee recommendation, the National Taskforce again re-introduced the collection of the $6 dollars from the private laboratories.

Last week, managers of some private Laboratories authorized to test Covid-19 have rejected the resumption of collection of the $6 dollars as charges for Covid-19 E-government certificate. 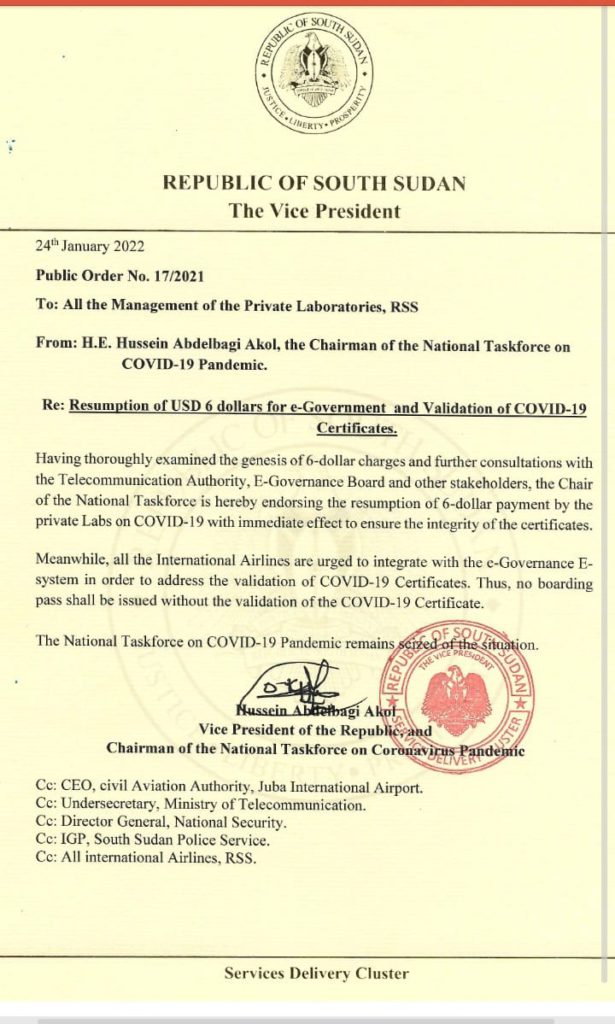 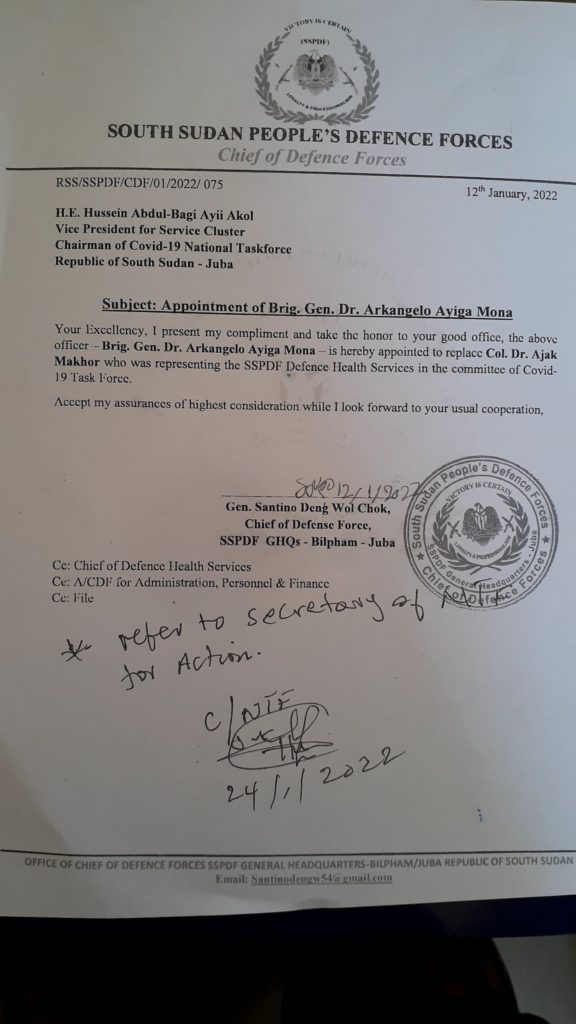