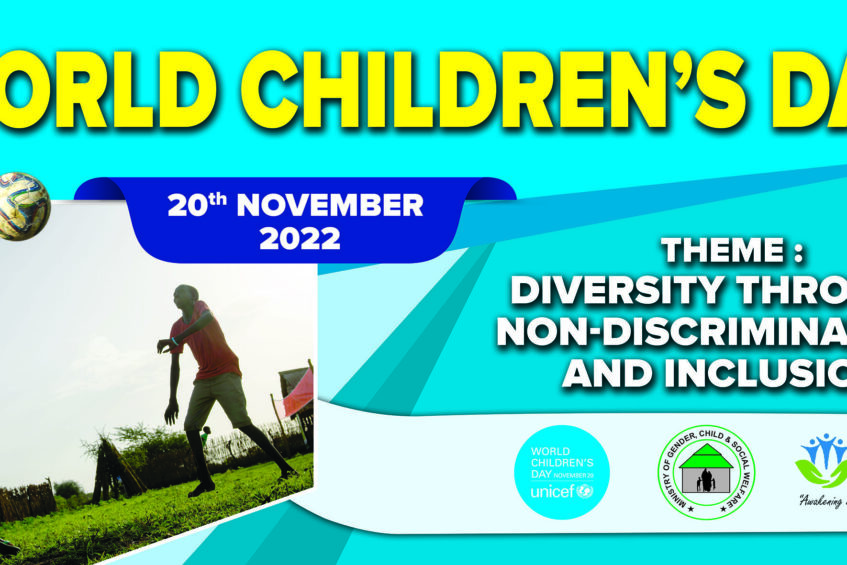 The UN’s children agency – UNICEF has called on all parents to respect and grant the rights of children, as South Sudan marks World Children’s Day on Sunday.

The UN resolution was approved by 196 countries and contains 54 articles outlining aspects of children’s rights, including non-discrimination, the best interests of the child, and the right to be heard.

The declaration recognizes education as a basic right and one of the key international documents that form the basis of all agencies’ work.

Shelley Knowles, the UNICEF Communication Specialist in South Sudan, says every child has a right to a happy childhood.

“We are talking about children’s rights as granted in the United Nations Convention on the Rights of the Child. Now, it means is that every child in this world has the right to a happy childhood,” she said during Eye Radio’s Sundown Program.

“November 20, this Sunday is World Children’s Day. So we can’t express enough how important it is for children of all ethnicities, of all ages, and of all abilities.”

This year’s World Children’s Day theme is ‘Inclusion, For Every Child.”

UNICEF has conducted various activities including a TikTok challenge, alongside several actions to encourage people to listen to children’s ideas and demands.

A football tournament was also organized for the children to mark the beginning of the World Cup in Qatar which also kicks off today.