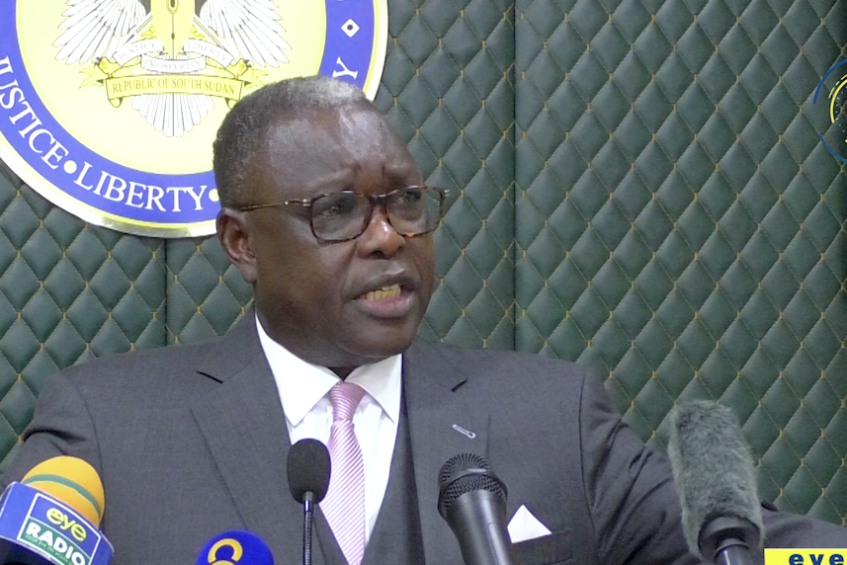 Cabinet Affairs Minister has asked the United Nations Mission in South Sudan to provide electoral assistance to the government ahead of the upcoming general elections.

In a letter dated January 24, 2023, addressed to Nicholas Haysom, UN chief in the country, Dr. Martin Elia Lomuro asked the mission to provide comprehensive support to the government and relevant institutions as the country prepares for elections.

“There is a need to begin planning for establishing the legal framework, reconstitution of the national elections commission, and working with political parties, civil society, and the media to raise public awareness”, Elia said.

This, according to the minister, will also help create conditions for the inclusive preparation of the citizens.

He said South Sudan would be grateful if necessary steps could be immediately taken to work towards the goal through the provision of electoral assistance to the upcoming elections.

Dr. Martin also added that ” the government believes with the continued support of the UN, the country will be able to build its institutions in a sustainable manner and promote transparency, integrity, accountability, and inclusion.”

The UN Mission in South Sudan is yet to respond to the request of the government.

However, barely two weeks ago, the head of the UN mission in South Sudan said he had been engaging the leaders, the National Election Commission, and other stakeholders in the preparations for elections.

The UNMISS boss said a free, fair, and creditable election needs a conducive environment in which people can engage and participate in the process.

Nicholas Haysom stressed this will allow for open dialogue, debate, and campaigns to take place.

The 2018 peace deal obligates the peace government to organize elections sixty days before the end of the transitional period, which the unity government has extended for another two years.

Prerequisite to the election, the agreement expects the permanent constitution to be completed and enacted before a new National Elections Commission organizes the polls.

With the extension of the transitional period, the election is expected to be held next year.