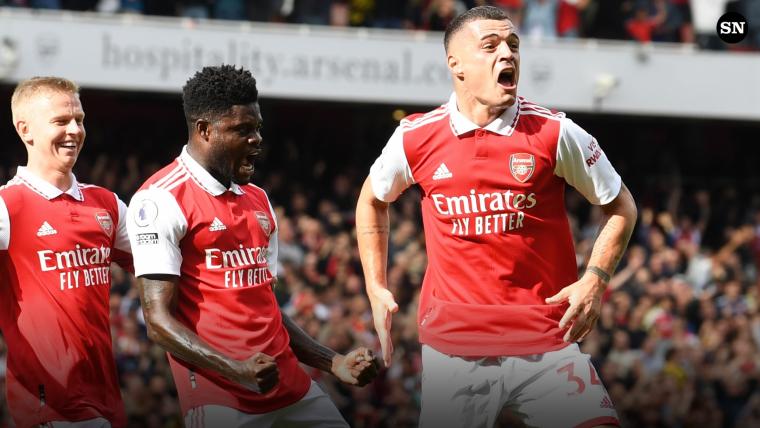 Arsenal inflicted first defeat of the season to 10-man rivals Tottenham Hotspur to move four points clear at the top of the Premier League table as Gabriel Jesus scored on his first North London derby.

It started with Thomas Partey’s superb 20th-minute opener which lasted only 12 minutes before Harry Kane cancelled with an equalizer from the penalty spot. It was Kane’s 100th Premier League away goal.

Gabriel Jesus hit back to give Arsenal another lead following a Bukayo Saka attempt four minutes after the half-time.

Tottenham’s misery was extended when Emerson Royal was sent off for flattening Gabriel Martinelli.

As dominant Arsenal sought to capitalize on their numerical advantage, Granit Xhaka fired a low shot past Hugo Lloris to ensure the Gunners will end the weekend above second-placed Manchester City.

Arsenal’s seventh successive home win ended Tottenham’s club-record-equalling 13-match unbeaten run in the Premier League and widened the gap between them to four points as the visitors’ 12-year wait for a win at Emirates Stadium dragged on.

Tottenham head coach Antonio Conte made five substitutions as he tried to ease the pressure being faced by his side, who remain four points clear of fourth-placed Brighton & Hove Albion and five ahead of Manchester United in fifth, both of whom have two games in hand on Spurs.