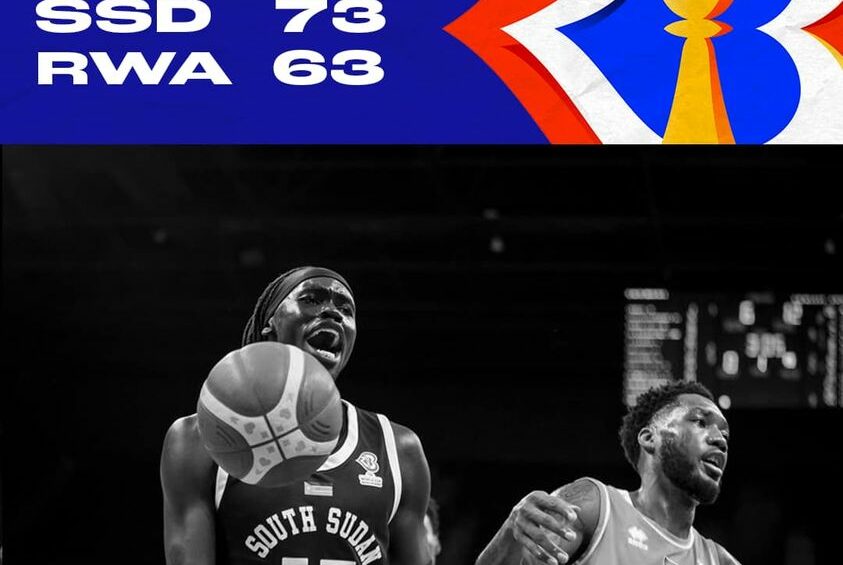 The National Basketball team had a thrilling win against home opponents Rwanda in the first round of the FIBA Basketball World Cup Qualifies on Friday.

Bright Stars cruised to the second round of the World Cup qualifying competition, with a difference of 10 points against struggling host at the Kigali Arena.

The national basket ball team is leading the Group B with Tunisia trailing in the second position, followed by Cameroon while Rwanda sinks to the bottom.

The game is Rwanda’s first in the second window of the competition, and it leaves the team with a winless spelt, having not won a single game out of the three it played in the first window that took place in March in Dakar, Senegal.

The Rwandan coach, Cheikh Sarr expressed regret over the defeat in a post-game news conference and bemoaned his team’s inability to counter the South Sudanese’s hard play.

He also criticized the umpires, saying they failed to fairly judge the game when his players were struck by opponents.

The game was attended by the Rwandan President Paul Kigame.

South Sudan will face tough opponents Tunisia on Saturday night, while Rwanda faces Cameroon to win the match and increase its quest for a win among the three teams that advance from Group B to the next round.

In the latest FIBA ranking this year, the South Sudan national basketball team has moved from 127th to the 22nd place in the world and raked 11th in Africa. 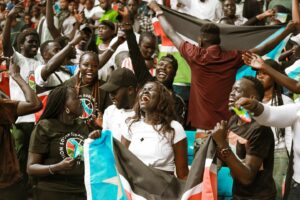 The November 2023 Basketball World Cup competition will be hosted by Indonesia, Japan and Philippines.